Start a Wiki
Zoey Reeves is a character from Power Rangers Beast Morphers.

She is portrayed by Jacqueline Scislowski.

Zoey is a member of Grid Battleforce. She worked as the agency's laundry person. She originally trained as a cadet, but was cut from it. After Evox attacked, Zoey became a Ranger in Roxy's place after Nate forced a morph. She is the daughter of Muriel Reeves, a News Reporter in Coral Harbor. 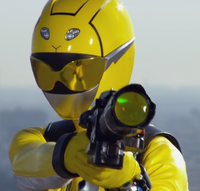 After Dark Gennai's demise, she and the rest of the heroes revealed that Kurata came back from the dead. So, Zoey Reeves and the others decided to keep the DigiDestined out of their missions involving Kurata in order to keep their Digimon from being targeted. 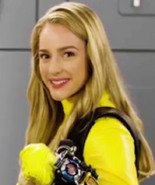 Add a photo to this gallery
Retrieved from "https://legendsofthemultiuniverse.fandom.com/wiki/Zoey_Reeves?oldid=701935"
Community content is available under CC-BY-SA unless otherwise noted.