Legends of the Multi Universe Wiki
Register
Don't have an account?
Sign In
Advertisement
in: Characters, Heroes, Humans,
and 60 more

Wendy Testaburger is a major character from the South Park Universe. She is also Stan Marsh's girlfriend and is very protective of him to the point of killing someone (Mrs. Ellen) for getting in their way. Which makes her not that different from Cartman.

Like Stan, she is the leader of the girls in South Park. However the girls don't always respect her and she is considered the least feminine of the girls due to how quick she is to violence, getting mad or doing things that most girls wouldn't do.

Despite this, she is genuinely nice, caring to others and very much cares about Stan.

She is seen with Stan as they find Manhattan. The two of them seen to know what's going on with the forces of Malefor and Darkseid. After Bender is done, attacking The Joker to the point of Joker being desperate to escape. They meet Bender and join forces with him.

Wendy pilots the ship with Stan as they gather Skipper, Anti Cosmo and Slade. When Joker gets mad that Bender is going to ruin his fun, he sets off a satellite laser on the team which Wendy feels isn't good due to Joker's tone. After the chase, Wendy gets concerned that Silas is getting away from them but Stan reassures her. Wendy is introduced to the rest of the members of the team which she find odd. She also gets concerned that Bender and his pals keep getting in danger, although Bender states he himself is the danger.

death at the hand of Joker and MissingNo. These actions of Joker make her swear he will not get away with what he did. Wendy and Stan do research and looking out which gets a question from Axel. They are trying to find Cyberspace so Bender can go there and use it for his true intentions against Malefor and for the other purposes. Wendy states the obvious that Weil is controlling Katara when Bender, Slade and Stan all make their comments. She and Stan play into the first mission, where they go on N.Bison's fake. Wendy is one of the heroes called in by Bender to help investigate Cyberspace.

Though as they are human she does wonder if they really can. Wendy firsts wish to learn about Joker and Darkseid's plan but Bender tells her Marceline is on the case. Phineas questions why she is here, and she states that she's here to help Bender with his search and to learn more. Wendy after hearing about the destroyer wonders what they will do, though Dr.Doom is very sure that he can get rid of it. Wendy hears the news and she tells Captain Hook to take them all to Slade's Castle.

Wendy after learning about Charles Logan asks Jack Bauer what Logan did to Bauer. When Bauer suggests to wait, Wendy suggest Bender knows the way too since he was in the castle before. Wendy and the crew  arrive at the lab and they see Joker on the camera though She and Stan though it was Hunson. Stan and Wendy travel to Evil Mickey's castle and decide to get rid of them.  The two confront him and after a long battle they defeat and kill Evil Mickey. Wendy on Apokolips reports on the transporter being disabled where they all work on trying to find out who did it. She becomes the 12 heroes of The B Team to fight Malefor and they fight him and Khan in a tedious battle alongside Hiccup and Slade's team. Stan and Wendy inform the others about what Discord told them about Hazama. Her and Stan then organize Axl and Alie's wedding through what they tell the others to do when notice shooting stars which really are parts of Olympicus as it was destroyed with Axel, Blake and Megabyte.Wendy grabs Discord and tells him what to say to Celestia.

Wendy returns with Stan to help the B Team and Slade with the Children of BlackGarurumon and the Sinisters of Evil.

She meets Death The Kid and his partners and she ultimately gets a bit disgusted at them being so skimpy and showing their bare breasts like that, fitting as she is a feminist. She and her friends find out about the test results and something on Gohan's part which shocks her and the others. In addition she meets the Miracle Elite with the others when they come crashing in. She find out at the mountain with Stan that Sinister has brought his own men though they don't think they're after what the heroes are after. When the heroes summon Discord who is showering Wendy calls Discord on doing his own and tells Discord to inform them of his activities.Wendy goes with Death the Kid, Makoto, Twilight and the others who learn about the rails White Wolf is using to get resources to the group and helps Twilight with her idea. Wendy then gets on the train with the rest as White Wolf is stalled and helps catch White Wolf. With the tablet in their hands, she wonders to call Slade and Bender on this.

While waiting for Bender and Skipper, Wendy talks with Picard about Sari's betrayal and how her, Stan and Dr. Manhattan joined up with Bender and Slade against Malefor and his forces. Makoto, Stan and Wendy find out the source of the accelerating in that it's a time god in which moving time isn't illegal though time travel and believe it was improvising.The whole team goes into the forest to go into The train through the forest and Wendy agrees with Bender in using guns. After the fiasco with Rasputin's demons where a big leap is taken off a train, she meets Jaeris and Zhuge. After hearing of Stardash’s power, Stan and Wendy both would like to see Stardash involved though Heloise is against it

Stan and the others fall back on the island and meet with the Omega League who he asks if they can trust though Wendy believes that they can. Wendy gets a package from a friend containing breathalyzers for them all to help repair the ship.The team minus Picard go looking for the ships while running into Sinisters of Evil members and manage to find all the part with Heloise who shows to do with Pretorius. Picard lead the others characters to the haunted house where they end up having to cross the streets in bins. She arrives with Kid as they take out any of the remaining members that weren't poisoned.The teams led by Skipper, Katara, and Tony attack Sinister's castle while they're distracted so Strange and Bender can enter the castle and get Sinister in which they all fight many members of the Sinsters of Evil. Wendy leaves for a while like the others only to come back with Hook and get the others back from the Niburu. 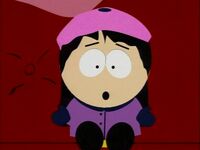 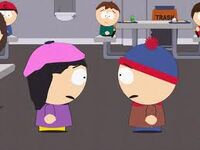 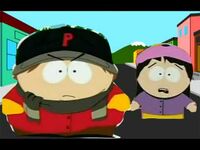 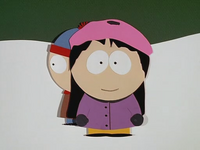 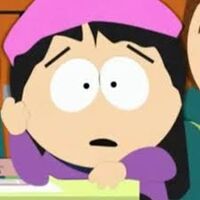 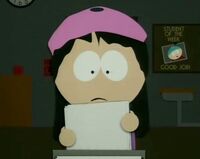 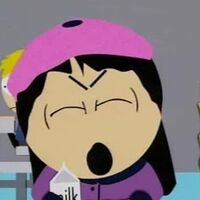 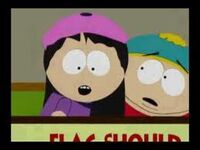 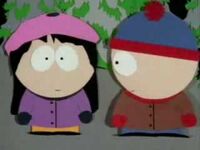 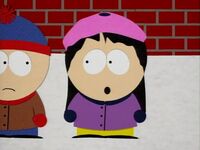 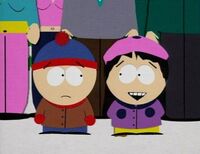 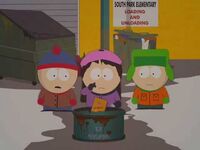