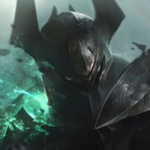 Sirin of the Void

Bureaucrat Admin
41,813 Edits since joining this wiki
November 19, 2015
1 Discussion posts
Call me the Prime-senpai too >:3. Feel free to leave me a message if you need help with anything on the wiki. Also contact me if you want a color in your User name like the Admins' names, I'm the one who is giving these masterpieces. Remember, no cheats!

Hello everyone, my name is Prime ShockWaveTX. I just know to speak it. How should I introduce myself......? Well, for simplicity I'm just a guy who likes to spend time listening to rock, playing with friends, watching horror movies, watching anime, watching sci-fi film, enjoying War films, playing FPS games, etc... I like FPS and RPG games. I always choose the side of the villains to wherever I go, the why of that...

I already was an artist in Deviantart, but I just abandoned that career. But I still contribute to some sites and acquaintances who pay me for these services. I'm now writing a story in this Wiki.

I'm a member of CIS Productions and the Second in Command of LOTM: Sword of Kings storyline as well as the creator of LOTM: A Draw of Kings!

My Rules for Villains

Retrieved from "https://legendsofthemultiuniverse.fandom.com/wiki/User:Sirin_of_the_Void?oldid=644619"
Community content is available under CC-BY-SA unless otherwise noted.