Start a Wiki
"Fury of the Dragon! Megaforce Red!" - Troy

He is portrayed by Andrew Gray.

Troy was a martial artist before becoming a Power Ranger. He had recieved visions of fighting alongside the Legendary Rangers against the Armada. Troy is the Megaforce Red and Super Megaforce Red Power Ranger, embodying the Fury of the Dragon. 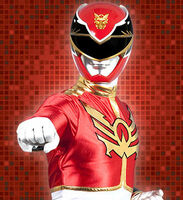 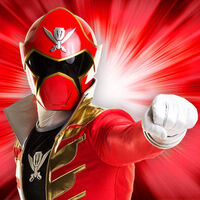 Red Super Megaforce Ranger
Add a photo to this gallery

Troy will return in Season 9 after Doodlebob ends up going amok again. He later returns and teamed up with the other Red Rangers in order to defeat Cinder Fall on the Moon. Later, Troy is appointed as Derrick "Freeze" McCracken's Best Man.

Retrieved from "https://legendsofthemultiuniverse.fandom.com/wiki/Troy_Burrows?oldid=733980"
Community content is available under CC-BY-SA unless otherwise noted.