Legends of the Multi Universe Wiki
Register
Don't have an account?
Sign In
Advertisement
in: Characters, Villains, The Children of BlackGarurumon,
and 50 more

Doctor Tolian Soran is an El-Aurian scientist who, in the 24th century, attempted to destroy two stars and an inhabited planet in an effort to gain entrance to the Nexus, an extra-dimensional realm in which all one's desires are transformed into reality.

He is also the true responsible of Picard's crew death and manipulated Pong Krell and Pigma Dengar to do this. He fire a laser at Manehattan destroy it and kills Babs Seed, Suri Polomare, Coco and anypony still there. He also kills Oberon and nearly kills Mister Miracle, Big Barda, Sam and Josh with Brainiac.

He was first mentioned in an ongoing three way between Picard, him and Shinzon when Picard and Twilight gathered the others. Soran was more interested in trying to have Picard Killed though due to Twilight, they escaped. He makes his first on screen appearance during BlackGarurumon's song of it all being his. Soran and Unalaq bring in the new captives and go to inform BlackGarurumon that two captives have escaped.

Soran informs Sunset of White Wolf's death after her execution, though he doesn't know who. Soran overlooks the Concentration Camp and informs Mabel and Dipper they are never going to leave when Jaeris shoots him in the back with his magic gun and gives the group a taunt, Soran admits he ain't a bad shot. Soran then arrives with Ultraman and Evil Buzz on another island which he has dogs to experiment on. Birkin and Issacs help out in this and he is attacked by The Pound Puppies though Evil Buzz puts them in their place and the doctors go for the experiment. He calls the dogs to help him when Tony and others show up, he releases the hounds on Tony who deals with them before Dan beats him to near oblivion with Kudamon holding him back.

Soran and Brainiac are helping Lord of Darkness with his sun blocking plan, they create a big disco ball to block the sun and send it out like a missile. Soran attacks the Enterprise and shoots them down when Jaeris refuses to turn himself over.

Predaking, Soran, Evanora, Darth Nihilus and Ares all head up to the prison and go for set up executions. The Children of BlackGarurumon members led by Cronus make an ambush on the heroes such like Anarky knew would happen.  Soran and Braniac both are sent to find the Plantosphere discs  by BlackGarurumon. They return them before they try to hijack Dr.Strange and Batman's plan to save Henry with Braniac getting in the machine, the manage to save Henry however and Soran with Shaw makes an ultimatum to stop Loki using Wesker. He and the main members of the team head in the Springfield to try and smoke Slade, Bender, Castiel, Discord and the others on BlackGarurumon's orders. Soran meets his demise at Dixie and Gooner's hands and they dispose of him properly.

Enemies: Captain Picard, the Borgs, the Klingons, Pong Krell, Pigma Dengar, the B Team, the Alpha Team, the Multi-Universal Resistance, Sinisters of Evil 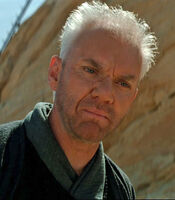 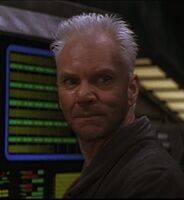 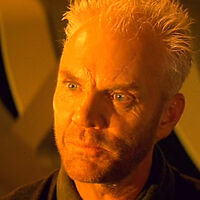 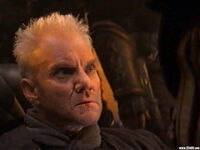 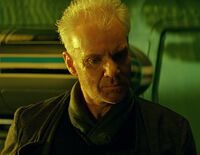 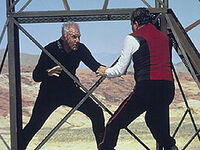 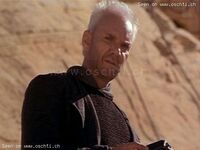