Legends of the Multi Universe Wiki
Register
Don't have an account?
Sign In
Advertisement
in: Characters, Heroes, Teenage Heroes,
and 25 more

Rex Salazar is a sixteen-year-old,amnesiac EVO with the ability to grow weapons and machines out of his body at will. He was employed as a secret weapon to Providence, a global organization dedicated to protecting the world from rampaging EVOs. After the new changes in Providence, he joined the Providence Defect Group. He later returned to Providence after White Knight became leader of Providence again.

Rex made his first appearance in Ultimate Story 4. Rex was fighting EVOs like he normally does. But one day, the Heartless show up in his world. He tried to fight them but his abilities were shown to have very little effect on them. He then attempted to control the nanites inside them to try and tame them but then found out that there were no nanites. At that instant, Fox and his friends appeared and fought off the Heartless.

After the fight, they introduced themselves to him and told him about everything that had been happening. It was discovered that the Heartless had just recently breached his world and aim to put a stop to them before his world falls into the brink of deterioration just like the others. 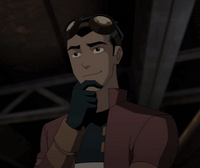 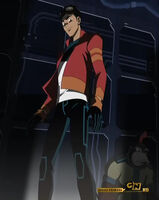 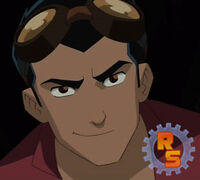 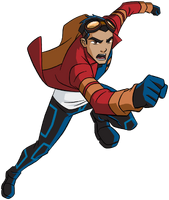