As the main ruling body of the entire Multi-niverse, the Council possesses almost utmost control over it, acting as a leading government of sort. The Council rules all of the Heroic factions (in secret) scattered throughout Space-Land, overseeing them and keeping them in check, and they are responsible for the events caused by Heroes and Villains, also possessing the right to punish Villains who break the law of the Multi-Universe (such as destroying a planet, destroying a reality, causing war in other realities, mass-genocide and many others) and to confiscate Magical artifacts which could potentially cause large-scale damage.

Among the things prohibited by the Reality Council is the use of Magic and Technology to invade or enslave other races and planets, something which, if perpetrated, could lead the Council to oust the offender's guild. The Council has the right to apprehend people charged with crimes anytime, with their messengers being highly respected, however, Elliot Woodman went on to say that "Even if something is white, once a Council member says it's black, then it becomes black", showing that the Council's authority is extremely large in the Multi-Universe. They also hidden about the Balam Alliance was invading other universe to keep order because zillion of people would be in panic if they knew that 3 Dark Empires were invading, enslaving and destroying countless of planet throughout the Multi-Universe and had to teleport all heroes and villains on existence to defeat the 3 Dark Empire that were conquesting planets and realities fast like the speed of the light.

Heavy incidents happening in the Multi-Universe caused by the Sith Empire and Triggers Hell or any other organization might inflict serious damage to the Council's reputation, going as far as to cause the execution of one or more of its members.

During a later meeting about Triggers Hell' recent movements (days later after Sith Empire's fall), they are interrupted by a panicked messenger. Before they can relay a warning, the entire building is consumed by an enormous explosion, heavily damaging the structure and killing the majority of people inside, including most of the council members. However, following the defeat of Balam Alliance and the end of the Multi-Universe War, Mest Gryder and Warrod Sequen would remake the council around most of the Ten Cosmic Saints with Draculos Hyberion acting as it's new Chairman and ruled the new Reality Council.

As it is essentially the government of the Magic world, the Council has an array of armed forces at its disposal, which it uses to maintain peace and make sure that none breaks the established laws.

The Reality Council is composed of 5 members at a time, or, to be more accurate, 5 "feelings" called Force Priestesses going from 1nd to 5th. The 1st is Serenity, the 2st is Joy, the 3st is Anger, the 4st is Confusion, the 5st is Sadness 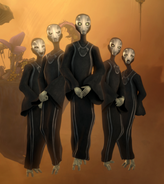 From left: Joy; Anger; Serenity; Confusion; Sadness
Add a photo to this gallery

All are cosmic beings 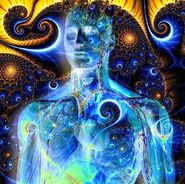 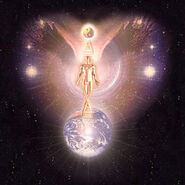 Add a photo to this gallery
Retrieved from "https://legendsofthemultiuniverse.fandom.com/wiki/Reality_Council?oldid=627178"
Community content is available under CC-BY-SA unless otherwise noted.