Legends of the Multi Universe Wiki
Register
Don't have an account?
Sign In
Advertisement
in: CIS Productions, LOTM: Sword of Gods, Worlds and Places,
and 15 more

The Qliphoth is a border-realm within the Interstice, between the Living and Astral worlds located between of evil or impure spiritual forces in Jewish mysticism, the polar opposites of the holy Sephirot. The Qliphoth world is a massive tree of Death that is bigger than a whole universe and holds a great number of evil spirits and demons with many forms. It serves as the central HQ of Revelation of Qliphoth.

The tree of Qliphoth was created by Leohart the Prince of Hell more than 690 quintillion years ago using seeds of Death trees inside of Hell realm and is currently ruled by 10 evil spirits, but none is stronger than the current true ruler, Ara Astaroth. It serves as the homeland of the Hyvralisks.

As the Spirit Tree represented the light and is inhabited by those spawn from the light emanating from the power of "God", the Qliphoth is the tree's natural opposite as its residents are spawned from the impure darkness born from nightmares and living being's subconscious evil thoughts. They're born from many races across the universes, be they humans, kragens, Spirals and even Takens.

Thamiel represents duality whereas Kether represents unity. Thus Thamiel is the division of that which is perfect only in unity. As a demonic order name, the Thamiel were before their 'revolt'. This signifies 'Perfection of God'. These angels sought to become more powerful by adding an Aleph to their name. They then became the 'Duality of God,' an order of the lesser demons. In the lowest state of their 'fall', they become 'the Polluted of God.' The cortex or outer form of the Thamiel is called Cathariel, 'the Broken' or 'Fearful Light of God'.

To Thamiel, “there are two demons that are attributed to stress the view that the demonic opposite of Kether is duality instead of unity and are Satan and Moloch or Malech”.

Chaigidel: Confusion of the Power of God

These are the confusion of that great power which, as Chokmah, goes forth at the beginning to give the vital energy of creation to the processes of Binah. The cortex of the Chaigidel is called Ghogiel, 'Those Who Go Forth into the Place Empty of God'.

Beelzebub: Lord of the Flies and Adam Belial: Wicker Man

To Chaigidel, “both Satan and Beelzebub are attributed as well as Adam Belial. The name Belial is often used separately as a demonic name.”

“Even as Binah is the great revealing one who bestows the structure of the Absolute onto the created, its opposite, the Sathariel, conceal the nature of The Perfect. The cortex or outer form of the Sathariel is called the order of Sheireil, 'The Hairy Ones of God'.”

Lucifuge: One Who Flees Light

To Sathariel, Lucifuge “is attributed and is probably a name made up to replace the name Lucifer, 'Light Bearer'”.

“Chesed is the source of bounty both in idea and in substance to the lower forms. Gamchicoth is the order of 'Devourers' who seek to waste the substance and thought of creation. The outer form is the order of Azariel, 'The Binding Ones of God'.”

“Geburah is a going forth in power to rule in righteousness, in an upright manner. The order of Golab is composed of those who burn to do destruction, enforce their will upon others through strength and not righteousness, in a non-upright manner --- even on themselves. The outer form is Usiel, 'The Ruins of God'.” (See wisdom of Solomon Ch 1, Verse 1, original Greek Septuagint states: "Love Righteousness, ye that be judges of the earth", which is correct, the vulgate states: "Love Justice, you that are the judges of the earth", which is incorrect).

Astaroth: from the Flood

To Gamchicoth, “Astaroth is attributed. This is the name of the goddess Astarte, the Ishtar of the Babylonians and perhaps also the Isis of the Egyptians”.

Thagirion(n): Those Who Bellow Grief and Tears

“Tiphereth is the place of great beauty and rejoicing. The Thagirion build ugliness and groan about it. The cortex of the Thagirion is called Zomiel, 'The Revolt of God'.”

Harab Serapel: Ravens of the Burning of God

“Netzach is the openness of natural love. The Harab Serapel are the Ravens of Death who reject even their own. The outer form is Theumiel, 'The Fouled Substance of God'”.

To Harab Serapel, “Baal is attributed, and is "a word which means Lord, much as Adonai means Lord. The word Baal or 'Bel' has become restricted in its usage to signify a 'Lord of Darkness'.” Also attributed is Tubal Cain.

Samael: The Desolation of God, or The Left Hand

“Hod is the complex working of the will of the Absolute. Samael represents the barren desolation of a fallen and failed creation. The outer form is Theuniel, 'The filthy Wailing Ones of God'.”

To Samael, Adramelech is attributed. “This name is found in Fourth Kings: XVII, 29-31: ' And the men of Babylon made Succoth-benoth, and the men of Cuth made Nergal, and the men of Hamath made Ashima, and the Avvites made Nibhaz and Tartak, and the Sepharvites burnt their children in the fire to Adramelech and Anamelech, the gods of Sepharvaim.”

“Yesod is the place of the final forms that become matter in Malkuth. The Gamaliel are the Misshapen and polluted images that produce vile results. The outer form is the order of Ogiel, 'those Who Flee from God'.”

To Gamaliel, Lilith is attributed and “is the grand lady of all demons. The demons are sometimes considered to be the children of Lilith and is said to be the woman who comes to men in their dreams.”

“These are responsible for frightening sounds in strange places. They excite the mind and cause strange desires.” This corresponds with Malkuth as well.

To Nehemoth, Naamah is attributed, “and is traditionally a demon and the sister of Lilith, possibly a remembrance of the Egyptian Nephthys and Isis. It is conceivable that Nehema is the same as Naamah, the sister of Tubal Cain.” 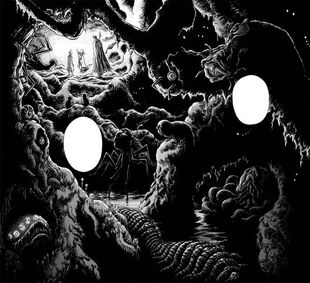 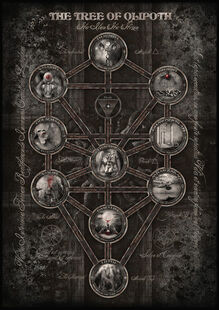 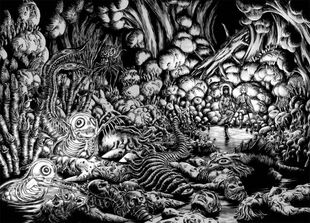 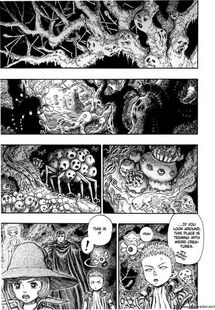