Start a Wiki
Opal is a character from the Legend of Korra.

She is voiced by Alyson Stoner, who also voiced Isabella Garcia-Sharpiro.

She is the daughter of Suyin Beifong and Baatar, the niece of Lin Beifong, and granddaughter of Toph Beifong. She became an Airbender after Harmonic Convergence.

Order of the Just and Blue Team

Along with Davis, Matt, Dan, Mustang, Shadow, Mitchell, Elsa, Heavy, T.K, and Yolei, Opal is in line to become a member of the Order of the Just. 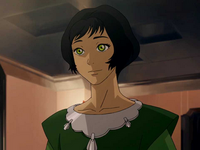 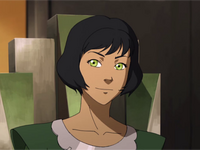 Add a photo to this gallery
Retrieved from "https://legendsofthemultiuniverse.fandom.com/wiki/Opal_(Legend_of_Korra)?oldid=632782"
Community content is available under CC-BY-SA unless otherwise noted.