Legends of the Multi Universe Wiki
Register
Don't have an account?
Sign In
Advertisement
in: Characters favorite by Luigi777, Main Characters, Main Heroes,
and 73 more

Milinda Brantini (ミリンダ＝ブランティーニ Mirinda Burantīni) is an elite Object pilot, and is famous under the alias "Elite Princess". She pilots the Object named "Baby Magnum", an all-terrain Object.

She is one of the main protagonists of Crossover War Heroes: Iron-Blooded Kid Warriors, alongside her father and mentor Sento Kiryu/Kamen Rider Build.

She is described by Quenser as a "kind but weird girl" who still believes in morale and good-luck charms despite the lack of need due to how battles are usually fought in the Second World.

After becoming friends with Quenser, it is hinted in several occasions that Milinda is romantically interested in him (e.g. showing signs of jealousy when she sees him with another woman) which Heivia and Ayami seem to notice.

She has a somewhat sheltered view of the world beyond piloting an Object. She's not interested in using her femininity or sex appeal to get male attention, and she didn't know what a swimsuit was when she went swimming in Oceania, fully intending to swim using her water-resistant Elite suit and completely oblivious to Quenser and her bodyguard unit's shock.

Milinda made a debut in the story. Using her custom TK-53 CGS Mobile Worker, Milinda Brantini was in a practice match against fellow mobile worker pilots including Dominic Toretto. She easily shoots down nearly all of her training partners and comes out with no paint rounds on her machine. Milinda's group was later selected as the escorts for Futaba Ichinose. Later on, she introduces herself to the third group and requests Milindai to show her around. During the tour, she wanted to shake hands with him, but she rejected since her hands were dirty. She implied that they were not on equal terms to begin with.

After the deaths of Kain and Thornheart, Milinda Brantini continued to live a life with her friends in Mars. Suddenly, she and the people were visited by the Symphogear heroines and their friends for the first time. During the meeting, she and the gang decided to discuss about the future deaths of Rustal Elion and the rest of Lord Prozen's minions as well.

After the meeting was finished, she and the heroes left their homeplanet Mars, thus leaving their families and their homes behind. While continuing to escort Futaba Ichinose and Chitose Karasuma, she and her friends were confronted by the people of the Knights of Gjallarhorn. However, Milinda and her friends easily managed to defeat and trick them by sending Flint Lockwood and Steve the Monkey to one of KOG Spaceships.

When the Bruters launched attack with their first attempts. Milinda and her friends decided to rescue Hiroki Nagase and the rest of his brotherhood friends of Hokuto Three Crows under the command of Marika Kato and her followers. Following the successful rescue, Milinda Brantini and Sento Kiryu decided to discipline the rescued people a peaceful lesson.

Following the defeats of the Bruters and the death of Yan Baihu, Milinda and the rest of the our heroes continued journey to Earth. When the arrival was done, he and Sento Kiryu met Luigi Latorre, Leo Conrad, Sally Land, Kanami Etou, Yugo Ogami and Alice Tsukagami. When the meeting was done, he and the heroes fight back against the Riotroopers, Mile's Quaritch's Soldiers, and Gjallarhorn soldiers. After Yugo and his wife were captured, she and the heroes were saved by Lime and Akira Yuki to go back to Tekkadan and Transylvanian Business. Milinda and the heroes notified Marika Kato and the others that Yugo Ogami and his wife were kidnapped by KOG. He and the heroes need to train more in order for them to get stronger.

After the death of Alice McCoy, Milinda Brantini and the heroes decided to team up with Dr. Kuroto Dan and his companions to continue the rest adventures. There, she, Luigi, and Sento met Kudelia Aina Bernstein again after Kenzo and Atra were killed by Mikie Okamine. Milinda and the heroes continue their adventures. Suddenly, she and the heroes encountered Pierce, the remnant of Team Rocket. During the fight, she and her pals managed to drive and defeat archenemy just before the arrivals of the united forces of Lady Yuinshiel Asteria and Madame Vladilena Milizé. He and the heroes were about to fight them. The tables had turned. The remaining forces Gjallarhorn had arrived to ambush Sento Kiryu and the heroes. During the fight, Milinda and the heroes were shocked that Touma Kamiyama and his fellow Kamen Riders had turned evil to join forces with their new master. During the battle, she was able to defeat the villains for good.

After the deaths of Leo Conrad and Sally Land, she and the heroes must continue their journey. During the restful sleep, Milinda finds out that Sento was having a nightmare in his past childhood years. Suddenly, she and the heroes brought the professor to rest. She and the heroes went nowhere to find out that the man who killed Dr. Boskonovitch and the DigiDestined could be Isaac. During the rest of many adventures, Milinda and her friends got rescued by their new allies from the police officers. She and her friends got teleported away.

Milinda Brantini is one of the strong and skilled heroes, who are responsible for surviving many deaths and dangers against the Great New Empire. She pilots the Gundam Barbatos Lupus Rex to combat against many enemies.

Milinda appeared in the Spin-Off Story. She was nearly killed after the Baby Magnum was destroyed by Hsu Hao. Suddenly, she got rescued by Kaguya Nanbu and her mecha. 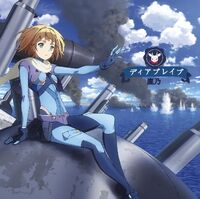 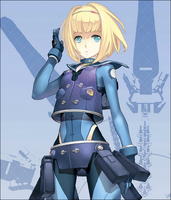 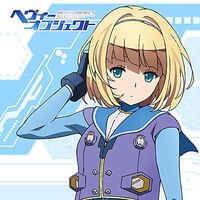 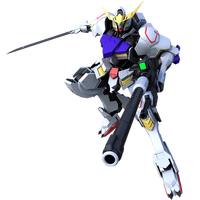