Mana Takamiya is a minor character in the anime series Date A Live. She works for DEM Industries as a wizard and a design of a more powerful wizard. She and her royal sister Shido, she has no memory of his past due to brainwashing that Wescott done to her brain. She is a temporary Second Lieutenant of the AST, and she used to work for the DEM Industries base in England as a Wizard.

Mana appears to be around the age of a middle-school girl. She has long blue hair, tied up in a ponytail, with some bangs left out. She has brown eyes, and a mole under her left eye. She resembles Shido a lot, as stated by Tohka.

When she is at the JGSDF base, she wears a military uniform. Due to her young age, however, it gives others the impression that she's cosplaying.

During combat, she wears a blue CR-Unit.

Mana is a girl with different sides to her personality, depending on the situation at hand. On one hand, she can be a cold-hearted killing machine; a trained soldier. On the other hand, she shows herself as a young lady who cares for her brother, Shido, very deeply, and will place her family as her number one priority over any order she may receive. According to Kotori, she is very similar to Shido in regards to displaying reckless behavior when wanting to help others.

Rise of the Multi-Universal Amazons

In the original story of LOTM: Sword of Kings, Mana has her own Black Demon counterpart known as Evelynn Astaroth (coming soon) 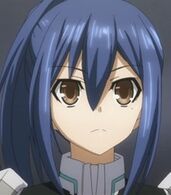 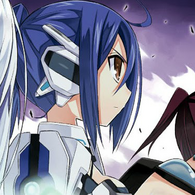 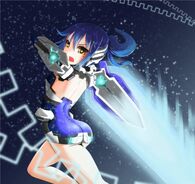 Add a photo to this gallery
Retrieved from "https://legendsofthemultiuniverse.fandom.com/wiki/Mana_Takamiya?oldid=768078"
Community content is available under CC-BY-SA unless otherwise noted.