Each of us lives, dependent and bound by our individual knowledge and our awareness. All that is what we call reality. However, both knowledge and awareness are equivocal. One's reality might be another's illusion. We all live inside our own fantasies.

La Folia Rihavein is the princess of Aldegyr Kingdom in Europe and one of the main heroines of LOTM: Sword of Kings. She is the eldest daughter of Lucas and the elder twin sister of Kanon Rihavein. She was pursued by Magnus Craft and the Aurozia, terrorists organization, they wanted to kidnap her, and hold her hostage in order to acquire all the money from her Rihavein Royal Family. She becomes Katarina Couteau's best friend in her childhood and Katarina becomes her best friend too. She is a very rich princess, but like Katarina, she had a tragic past and hates to be a princess for being exiled from the world.

La Folia seems to be quite a cheerful young woman who is also quite friendly with everyone arounder her. She is considered a mother to Katarina since La Folia always is protecting and educating due of her childish actions. La Folia is independent, friendly, humorous, sensitive, caring and kind. She comes off as naive and rather clueless, which is at odds with her exceptionally high marks in school. She studies hard because when her grades drop, she receives less financial support from her relatives. She is a member of the Handicrafts Club and likes to invent very ridiculous sports to play with Katarina (such as "base-cer," a combination of baseball and soccer). She tends to zone out with her mouth open and loses track of what she was thinking or dreaming about. She has an over-active imagination and gets carried away thinking of implausible scenarios, such as portraying herself as a futuristic and highly destructive robot in an assignment asking a student "How do you see yourself in the future?". La Folia likes Asian flower print clothing and comedies. While she does eat some normal food, La Folia cooks and eats unusual meals, which other people often find unappetizing. Her favorite food is red bean paste and she likes putting butter on sweet potatoes. She enjoys cheese and butter most of the time.

La Folia has demonstrated that she is perceptive when it comes to people's mental and emotional state, especially in regards to Katarina, as she is able to tell what kind of driving force is pushing someone. She additionally has a crush on Katarina and later falls in love with her after years together. She has exhibited traits that appear to have some connection with Katarina, such as the ability to detect Katarina by scent, sense her ExKrieg Force even when masked by the Visored, and an awareness of what mood Katarina is in, sensing her feelings of anguish, disappointment, or worry, even feeling pain herself when she sees Katarina getting hurt. She is a serious and mature person. She's often calm and is a very observant and intelligent female, thinking in a rational matter most of the time. She is the complete opposite of Katarina form in many aspects but their strong sense of justice and confidence remains unchanged.

She is shown to be soft, loyal and caring to her friends and even to people she don't know. She rarely ever raises her voice when she's speaking, even when she's displaying her serious side. She thinks of Katarina as a special person, and always gets jealous when girls and boys are around her, becoming a totally different person when she sees her and other girls and boys together, or when it comes to training. Despite her mature stature like a woman, La Folia tends to act her true age and become frustrated whenever girls and boys flirt with Katarina and become very violent and aggressive. However like Katarina, she refuses to kill other people, be they villains or Balam Alliance soldiers.

She is not proud of her family's name and she does not like being seen as Rihavein Family. She enjoys teasing Katarina by putting her awkward situations, she does it to see the soft Katarina's face in embarrassment, however that never worked because Katarina has no sense of shame, but at the same time makes it clear that Katarina is hers, and she does not want to share her at all. She has always been like that since she grew up with Katarina, La Folia grew up herding Katarina and therefore proves very protective about her, this due to the fact that she might consider herself a mother or because she loves Katarina as a lover, or perhaps both, something like: "I know all about you. I took care of you. So you will only be mine." There is a great possibility that she is a less cruel Yandere version. She has no problem in seeing Katarina naked or less her own body to Katarina, however, she is used to that, since they grew up together. Also unlike Katarina, La Folia has shame feelings. She's ashamed to have her body exposed to other women or men, Katarina is the only person she has this neutrality.

She is also very protective about Katarina, she feels as though Katarina is a stupid-cute girl who doesn't like anything but fight others people and she felt that she has the responsibility to take care of her. They ended up becoming good friends because of it, Katarina was the first friend to La Folia and La Folia was the first friend to Katarina. La Folia was raised by a drunken rich father and a abusive ignorant mother, who always argued and beat La Folia since her childhood. Katarina grew up being bullied due to her red hair and lived isolated from people of her own age, and La Folia was seized inside her castle and was prevented from playing with other children, she was kept inside her castle throughout her life. She received tuition from private teachers so she didn't needed go to school. Her parents were very protective about her about other people, but they don't protected her from themselves. Because of her father's work, he lived too stressed and drank to calm down, and beat his wife and La Folia everyday. Her mother was also stressed and cashed her anger on La Folia. La Folia grew literally isolated from the outside world and was physically abused by own parents everyday, and this caused her to acquire hatred of her parents. She possessed money but not possessed happiness and grew up without friends.

Over the years, La Folia was starting to get angry to have hatred for being a princess. She never wanted to be a princess because that was boring; someone with a lot of money, being forced to marry men she did not know and stay sign papers of her kingdom in a table for days and nights. She also began to hate money because money has corrupted her father and all around her spoke that money bought everything, but she always found it annoying. La Folia was never violent or arrogant as Katarina, she is considered another counterpart to Katarina; Katarina is a poor, violent, arrogant girl who grew up being bullied and La Folia is a rich girl, educated, sophisticated and grew up being loved by everyone, but that does not change the fact that both suffered in their childhood.

La Folia is one of the deadliest fighters in the history of her family, whose skill with firearms and ability to dodge bullets is almost superhuman and unparalleled. She is an expert in combat and teachers Katarina martial art, she is even more skilled then Katarina. There are only a few other humans characters, such as Shepard and Shiro Emiya, that can hold their ground, or at least be a match against her in combat. In moments when she has "Whitman fever" she pretty much defeat anything in sight. She is also a expert in weapons, having knowledge of all types of weapons already created.

Her weapons of choice is a Real Beretta 92FS's; which are made out of stainless steel and had its barrels extended from 4.9" to 5.9" each (the 5.9" is the combat MOD barrel) and also adapted for silencers. It's engraved with "9mm Sword Cutlass", as well as the Jolly Roger of the infamous pirate Calico Jack (which is also inlaid into the ivory grips), and a manufacture inscription in Thai. Her 92FS's were also used for melee combat at some point in her fight against Ginji. Due to her ambidextrous marksmanship skills, she is nicknamed "One Shot" by the denizens of Roanapur. However, La Folia has been seen using a variety of other firearms. 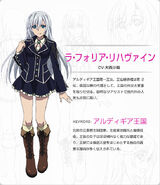 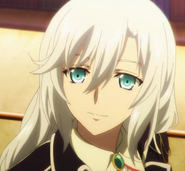 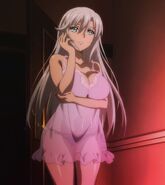 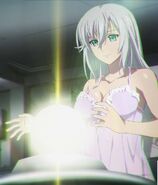 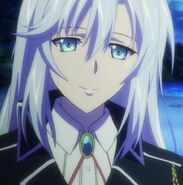 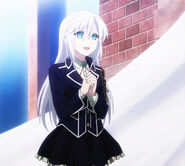 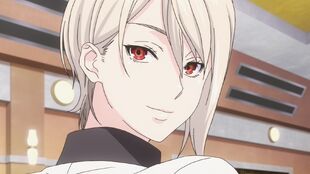 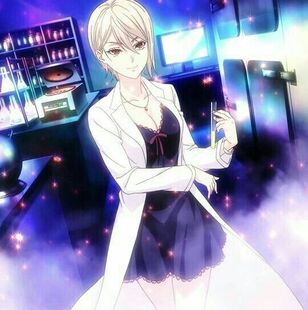 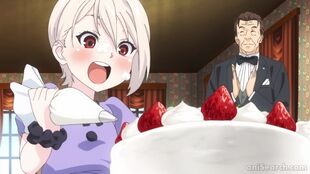 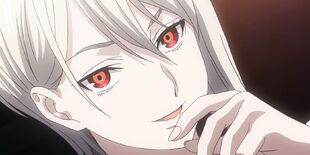 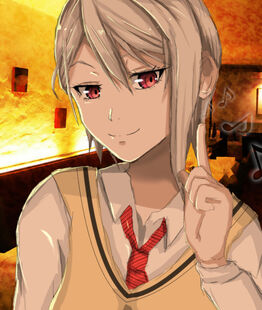 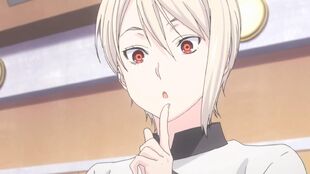 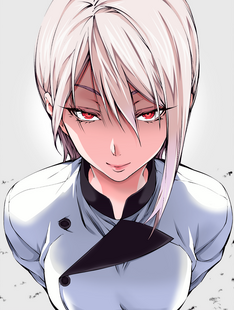 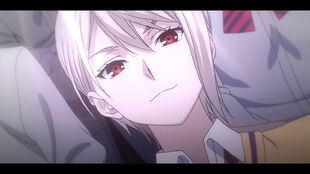 Retrieved from "https://legendsofthemultiuniverse.fandom.com/wiki/La_Folia_Rihavein_(CIS_Productions)?oldid=730440"
Community content is available under CC-BY-SA unless otherwise noted.