Legends of the Multi Universe Wiki
Register
Don't have an account?
Sign In
Advertisement
in: Officer Candy Apple, DestroyerSubjugator90, Sirin of the Void,
and 39 more

LOTM: Witnesses of Sleepy Hollow is a dark fantasy storyline created by Officer Candy Apple in CIS Productions with the help of DestroyerSubjugator90, DarkFallen, TheVileShadow Man, Prime ShockWaveTX, Jester of chaos, NightMareMistress8000, DarkMattX259, Meta Alpha Kronos and DiabloVil. It is based on many dark fantasy stories and fictions, most notably the cancelled FOX TV series of Sleepy Hollow and serves as a retelling and extend of the original series, featuring many things that the original series failed to present.

The entire story will be split into two parts, Witnesses of Sleepy Hollow (also known as Anti-Christ Event) and Star Spangled Crown (also known as Moloch Event). This page is specifically for the first part. The story shall involve two Witnesses, known as Ichabod Crane and Abbie Mills, in their battle against unearthly demons and supernatural threats to make mankind endure a seven-year-old period of Tribulations.

It will have some mild connections with LOTM: Sword of Kings saga and shared its own part of Multi-Universe.

He, known as Ichabod Crane, is a revolutionary soldier who revived after more than two centuries' demise. She, known as Grace Abigail "Abbie" Mills, is a young police officer and future FBI Agent who is haunted by a horrible demon king throughout her life. Together, they will form a huge team with other heroes, trying to stop the forces of evil from plunging the world into chaos.

When their bitter enemies known as the Four Horsemen of Apocalypse arrived, it is revealed to them that a war between good and evil has been in Sleepy Hollow all along, waiting to take its form. They both know only they can stop it...

Note: There was once twelve tribulations recorded on the Grand Grimoire, but the future Michael Langdon had made him into fifth, outranking the rest.

Final Saga of the First Part of the storyline; followed by the second part; LOTM: Star Spangled Crown

A full list of spinoff could be seen here.

The Christmas is coming 3 months after Jenny Mills' release from Tarrytown. In a dream, Sheriff August Corbin is informed by Sister Mary Eunice's spirit about Ichabod's destined return.

At the Christmas Eve of 2012, however, the evil knocked Corbin's door instead of Santa Claus. Jenny was possessed by a demon named Ancitif who is Moloch's minion. The demon prophesied Corbin's demise under the Horseman of Death, and then Corbin saved Jenny and raced against time to stop Moloch from harming Abbie so that she can meet Crane alive.

In Tenguu City (Sword of Kings Timeline), as the LN-666 Project ongoing, a mysterious figure had visited the KnightWalker Family. The person handed a powerful Grand Grimoire written by John Dee as a gift to Eckidina KnightWalker and urged her to try a spell known as the Traveler's Spell. Wanting to get rid of her bitter foes, Eckidina used it to drive Katarina Couteau and her friends (including La Folia Rihavein) and made them travel back in time. They meet Corbin by accident when the New Year bell of 2013 rings and they learn about his plan.

Not long afterwards, however, the notorious terrorist Atticus Nevins, who is a treacherous army general and former friend of Corbin, had returned in front Corbin for the same ancient artifact that Ichabod managed to hid during Boston Tea Party. Under Moloch's order, Nevins shall do anything to kidnap Abbie. Encouraged by Reverend Knapp and Sister Mary Eunice, Katarina and her friends helps Corbin to keep Abbie alive and made her see Ichabod alive as well, but Eckidina soon followed them via Traveler's Spell to destroy Katarina and pacted with Nevins, and Eckidina's presence bring a wave of undead monsters and only make things worse.

Would Corbin succeeded in protecting Abbie? Would Katarina returned back to her time and started the final battle between humanity and KnightWalkers? Most importantly, when will Ichabod Crane return, and who gave Eckidina the Grand Grimoire?

The storyline is also the final storyline to end the whole LOTM: Witnesses of Sleepy Hollow Storyline, as well the last storyline with the final battles. All of the people who sided with Team Witness faced the fatal consequences brought by Michael's actions in the previous stories, with Ichabod Crane finding the successor of the late Abbie Mills to make the Witnesses back into two again.

In the meantime, as the UKA started to approach the Earth via the following tribulations yet to come, allies like Selina Strawberry, Maria Arzonia and Matt Butcher struggled themselves in the past to destroy Moloch and the United Kingdom of America and its allies, the Dark Heaven and Twelve Nethers (all under Moloch's command) in order to make the timeline back to normal again, or everything that would happen in LOTM: Sword of Kings would be changed forever. 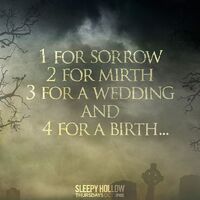 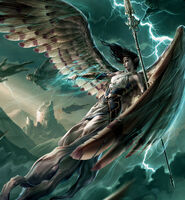 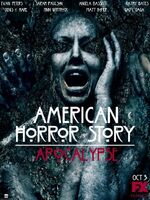 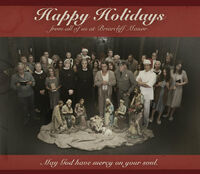 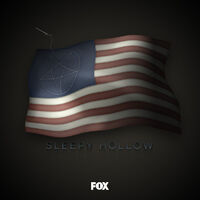