Legends of the Multi Universe Wiki
Register
Don't have an account?
Sign In
Advertisement
in: Characters, Characters from the Gundam universe, Characters voiced and/or played by MAO,
and 27 more

Julieta Juris debutted as one of Gunther Prozen's minions. Julieta was first tasked cooperate with Time Jackers. However, Julieta heard that Leo and Sally escaped the KOG HQ. So Julieta attempted to stop and capture, but it is already too late for her.

When Transylvanian Business has joined forces with Tekkadan, she, the Time Jackers, and members had instructed Mikie Okamine in order to capture Futaba Ichinose and Chitose Karasuma with help of Gunther Prozen and his minions. However, their attempts failed again a second time.

After Mikie's demise, she and her fellow pilots appeared to attack the heroes; but, Julieta was later to be killed by Luigi Latorre by avenging the deaths of Mikazuki Augus and Orga Itsuka. 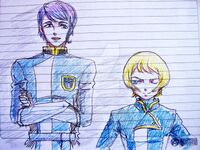 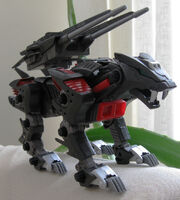