Legends of the Multi Universe Wiki
Register
Don't have an account?
Sign In
Advertisement
in: Characters, Heroes, Characters that hail from the Digimon Universe,
and 33 more

Joe is a DigiDestined, one of the members of the first group. He starts out as a panicky worrywart, to the point of being a nervous wreck. This stems from Joe's sense of responsibility. As the oldest team member, Joe takes it upon himself to be the team's "voice of reason", but often is unsuccessful at it. Due to his serious personality, he is usually teased by the others. However, he soon lightens up and is more level headed. In 2005, he is struggling in school and put his studies first before Gomamon and his friends. After being confronted by Gomamon, Joe reevaluates his priorities and makes up with Gomamon.

He would later become the first Doctor for the Digimon. He is partnered with Gomamon and holds the Crest of Reliability.

With the return of Dark Gennai, Joe and his friends were called by Irving Lambert and Cloe Carter to combat the threat with help from the Digimon Tamers team and the Beast Morphers Rangers. They also team up with numerous Legendary Heroes to fight against Nui Harime. Joe was also present in the final battle against Dark Gennai in Canterlot as well as Nate Silva and Steel's first fight as Rangers.

After Dark Gennai's eventual defeat and demise. Joe Kido went back to the base to give report to the heroes that the Multi-Universe is safe good.

Joe Kido and the gang reappeared in the story.

He appeared along with his Digi-Destined as well as Gomamon, on Isle O Hags when Misty arrived to find a recipient for the Gold Lum that was given to her by Ly.

LOTM: Plan To Destroy The Heroes

Joe Kido heard the news that Tai and Matt were killed during the Assault of the Orichalcos. He was very sad that his remaining friends were buried during the wake. However, he was comforted by Kang Maru and the gang that he can move forward. After Envie's death against the hands of Dartz and his men, Joe Kido was determinable to avenge the deaths of his late friends. Despite the battle, Joe Kido and the remaining DigiDestined were defeated and killed by Horobi and Geno Spino. 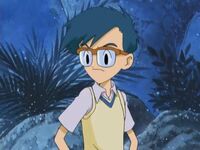 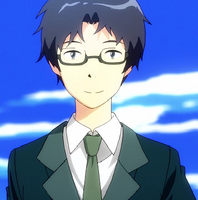 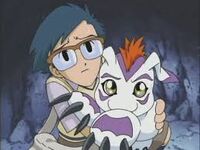 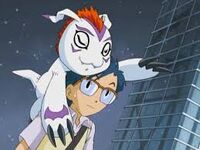 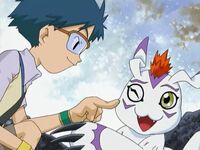 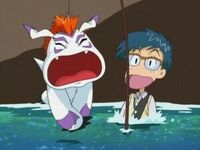 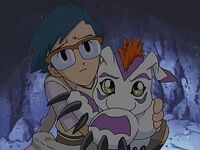