Legends of the Multi Universe Wiki
Register
Don't have an account?
Sign In
Advertisement
in: Characters, Dogs, Animals,
and 27 more

Houndoom (Japanese: ヘルガー Hellgar) is a dual-type Dark/Fire Pokémon introduced in Generation II and is one of The4everrevival's favorite Generation 2 Pokemon, Fire types and Dark Types. It is the evolved form of Houndour.

In a Houndoom pack, the one with its horns raked sharply toward the back serves a leadership role. These Pokémon choose their leader by fighting among themselves.

Houndoom is one of many Pokémon Akari has owned. He was first seen during the episode fic based on In the Belly of the Beast, as he and Arcanine were distraught on losing their puppies. Enzo was also captured by Megabyte's thugs and Frisket and Akari went on the pursuit to the Silicon Tor. Turned out that Houndour and Growlithe were desperate on being the heroes as they followed the Sprite's canine to it. They caused a lot of mayhem and escaped unscathed, reuniting with their elders.

Houndoom's bigger role was around the episode Trust No One. As one of her best trackers, Akari chose him, Umbreon, and Arcanine to search for a mysterious monster let loose in Mainframe. It turned out it was a Web Creature, a beast they had never encountered before. Houndoom was undoubtedly vicious, but not even his wrath was good enough to delete it, not even his fiery attacks. The monster escaped after Bob discarded a bomb set by the Guardians, forming a portal in the process, and starting the Great Web War.

Houndoom evolved after Houndour defeated the Dead Hand at the start of the Shadow Temple. He was excellent in finding hidden, tricky secrets, as well as combating with the undead and enduring the toxic darkness all around. Heck, he always had this affinity on incinerating and ripping apart Stalfos and ReDeads, especially. He was one of the last resorts against Bongo Bongo and was chosen as one of Impa's guardians.

Houndoom was seen at the Castle Courtyard with his human companion, Impa, along with Princess Zelda and the Hylian knights. He picked up a rancid scent as three phantoms captured a young Sheikah, Purah. He stuck by Impa's side all the way, even when he protected against the shades. Impa is now Houndoom's co-owner.

A Night of Pleasantness

Houndoom was pleasuring himself at the Kakariko graveyard. When Link spotted him, he helped him reach complete bliss, as the Dark-Type did the same to him. The Hylian then realized that what he'd done was a sign of desperation on finding a mate, and he offered his aid. So far Houndoom has mated with 4 species, Rapidash, Flareon, Umbreon, and Ninetales; each one Link made a mating ritual from the customs of the Gerudo in order to improve the natural qualities of life for their offspring. 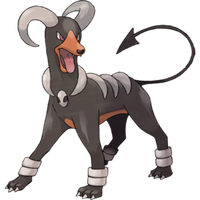 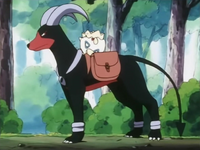 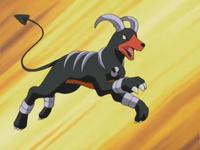 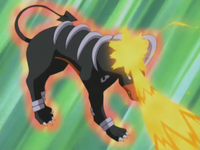 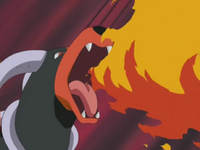 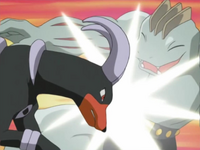 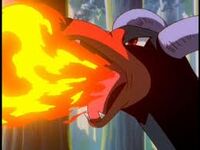 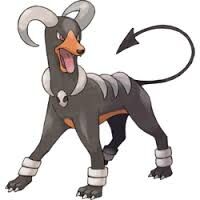 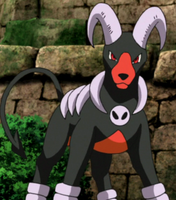 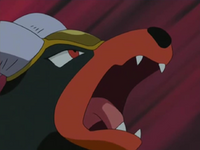 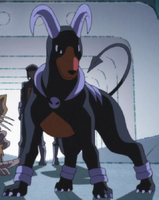 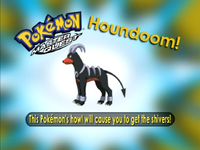 Who's that Pokemon? (Johto edition)

Who's that Pokemon? (X and Y edition)
Shadowtemple.jpg
Houndoom along with his team at the Shadow Temple.
Shadowshowdown.jpg
Houndoom fainted as he tried to best Bongo Bongo.
Castleescape.jpg
Houndoom rips apart a ReDead while Link and Zelda escape from Ganon's collapsing castle.
Sagespokemon.jpg
Houndoom chosen as one of Impa's guardians along with Umbreon and Sneasel.
MatingRitual.jpg
Link orchestrates the mating ritual at one of the secret Grottos, to make Houndoom mate with Umbreon; she's been proven as one of his most compatible partners.
Community content is available under CC-BY-SA unless otherwise noted.