In many mythological, folklore and religious traditions, hell is a universe of torment and punishment in an afterlife owned by the first Dark Empire of the entire existence, Triggers Hell in LOTM: Sword of Kings. Hell is ruled by Leohart the Prince of Hell. It is viewed by most Abrahamic traditions as punishment. Religions with a linear divine history often depict hells as eternal destinations. Religions with a cyclic history often depict a hell as an intermediary period between incarnations. Hell was one of the first universes to came to existence.

Typically these traditions locate hell in another dimension or under the Earth's surface and often include entrances to Hell from the land of the living. Other afterlife destinations include Heaven, Purgatory, Paradise, and Limbo. Hell is the place where people are sent if they were wicked when they were alive, be they humans or any non-human intelligent race. Only the rational races are sent to Hell since they know what they're doing and do good or evil acts by their own free will. Hell, is actually a entire universe which contains several planets made of evil, the planets and stars has free will to torture evil beings that were sent to Hell.

If the spirit of a person committed heinous crimes, he will be sent through the Gates of Hell instead of Paradise. If the person was between good and evil, they're sent to Purgatory or Limbo. There are few gates to Hell around the entire Multi-Universes that were built by ancient evil demons, they are Gates hide in the most dark places of existence. On the inside, the Gates appear to be prevented from opening fully by two thick ropes with charms attached to them. The face and left arm of a large demonic creature can be seen behind the Gates. It has armor plating on its upper arm and it wields a blade. Its left arm and face are covered in tattoos resembling tribal markings. The demon skewers the Hollow entering Hell with its blade, and pulls it through the Gates, while laughing. The Gates then close and the entire structure cracks and crumbles into nothing. 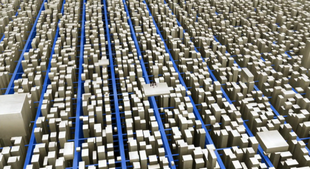 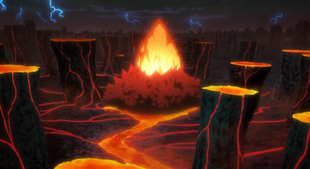 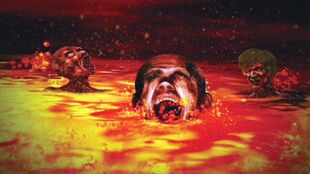 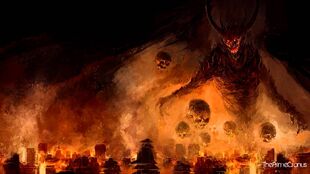 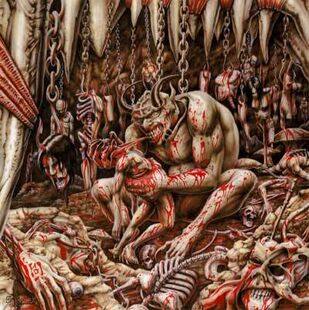 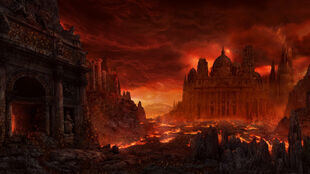 6th Level - Leohart's Floor
Add a photo to this gallery
Retrieved from "https://legendsofthemultiuniverse.fandom.com/wiki/Hell_(Triggers_Hell)?oldid=653400"
Community content is available under CC-BY-SA unless otherwise noted.