Growlithe is an adorable puppy Pokemon. It is a pure Fire type and is more powerful than it looks. It can evolve into an Arcanine if someone were to use a Firestone on it.

Its name is a combination of growl and lithe, which means mild or meek but also means flexible and graceful.

Growlithe has lived alongside humans since ages ago. Its bones have been found in excavations of ruins from the Stone Age. While it's quite friendly toward humans once it's grown used to them, in the wild it must be quite fierce to defend its territory from Rockruff.

One of Akari's Fire-Types, as well as a pup of Arcanine's. He developed a deep companionship with Houndour and Frisket, and that was when they got lost in Mainframe. Following the distressed dog, they went to the Silicon Tor and escaped along with Enzo. He reunited with the elders soon after.

Growlithe resides at Death Mountain, and he was a loyal companion to Link, helping him find secrets within Dodongo's Cavern and defending his second master. He was quick and fearless, helping him earn the Goron's Ruby. 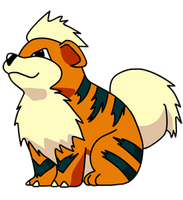 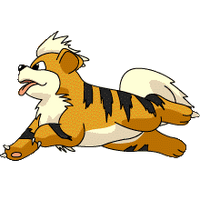 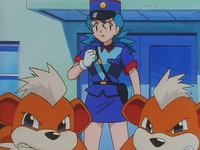 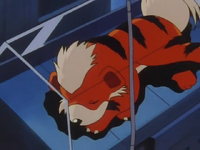 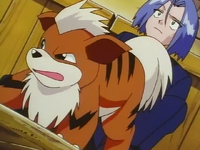 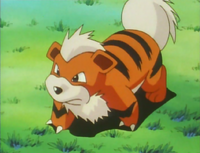 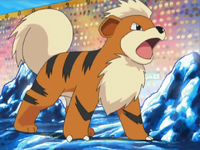 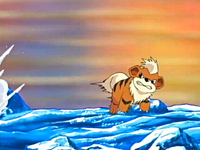 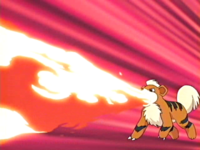 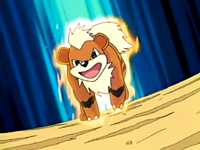 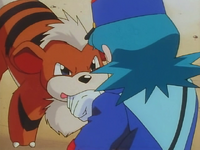 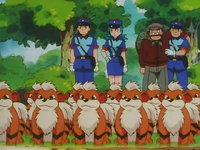 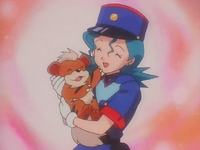 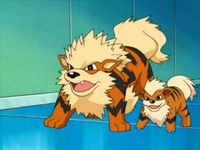 Growlithe in the film Detective Pikachu 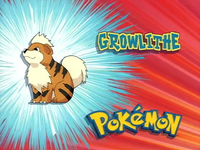 Who's that Pokemon?
Dodongo.jpg
Growlithe awaiting comrades in Dodongo's Cavern
Add a photo to this gallery
Retrieved from "https://legendsofthemultiuniverse.fandom.com/wiki/Growlithe?oldid=796094"
Community content is available under CC-BY-SA unless otherwise noted.