"To plunder, to slaughter, to usurp, they give the lying name of empire; and where they make a desert, they call it peace."

The Empire is a superpower that has lasted for 9000 years and born in Asia during the battle of Greece and Persian in 300 B.C, boasting vast territories and resources. They are located in India and French. Its capital city is an enormous palace-like metropolis, covering roughly 200,000 sq. kilometers, and is encircled on all sides by a huge wall. The capital’s various districts are separated by large canals which trade ships run through. Beyond the capital the country seems to be mostly rural with an unknown number of cities and villages spread throughout.

The exact size of the Empire itself has yet to be revealed. Three other countries border the Empire to the north, south, and west while the Empire’s eastern boundary is the coastline of a great ocean.

As the name implies, The Empire is an absolute monarchy where the Emperor's word is law. The nation is not just run by him alone however, as he has the Prime Minister and various advisers to administrate many territories and regions. The current Emperor rules the nation with iron fist and commit genocide and punishment in his own people. Corruption is something very high and the people suffer hunger, thirst and lack of basic sanitation. Because of this many of his officials are doing as they please including the newest Emperor. 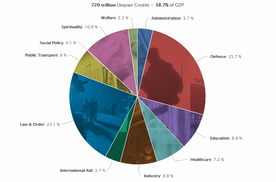 The Empire has a very diverse culture due to its large size. Its citizens range from nomadic clans to small village communities to world-wizened city dwellers. However, due to the corrupt government there have been multiple uprisings and great civil unrest. The villages and towns suffer from heavy taxation and many have been unable to buy enough food, resulting in widespread shortages in the remote areas of the Empire. This has forced many country-living citizens to move to the capital to seek money to help their village, only to sometimes find death (or worse) because of the high crime rate. The arrest, torture, and public execution of the Prime Minister's political enemies is also not uncommon, which leads to a general atmosphere of fear.

Slavery is common in the Empire but slaves are able to become free through currently unknown means. Slaves have a mark branded on them to show that they are slaves. Due to the high tax rates imposed on the villages of the empire there have been many parents that have sold their children into slavery for money or a better life.

In 1935, the Godom Empire adopted the nazism regime during the WWII and was allied to Nazi Germany. However, after the war, the Godom Empire took over the Fascist Regime and grew as a dictatorial and authoritarian country.

In 1977, the Godom Empire tried to take over Japan and Europe when URSS and USA were fighting in front lines. They used the conflict as a distraction. The invasion was prevented when the allied forces of East attacked their invasion forces. After they invaded Japan and Europe, they "banned all the language English and Japanese in Japan and Europe", forcing children to learn the language of Godom country. Anyone who speak Japanese or English in front of someone, was sentenced to death.

Godom took over London
Add a photo to this gallery

They made their debut in LOTM: Sword of Kings AA - World War III when the WWIII was started by Eckidina KnightWalker. They sunk 2 US aircrafts and pointed 300 nuclear missiles to US. They attacked US and China by the order of the KnightWalker Family. 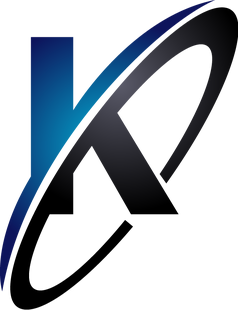 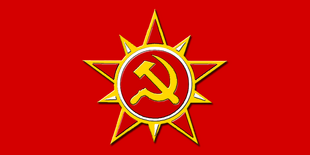 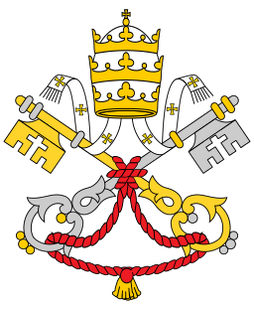 Little is known about diplomatic relations between the Empire and neighboring countries. However, due to the fact that the empire wages war on various countries that may pose a threat to them later may mean that other nations live in fear of the Godom Empire.

Sephiria reveals that the Empire's relations with the Western countries are very poor, to the extent that they formed an alliance with the Chronos Empire Army to protect themselves from the Godom Empire. 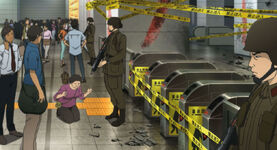 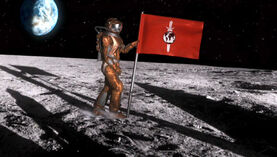 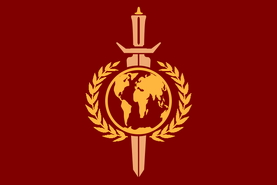 Add a photo to this gallery
Retrieved from "https://legendsofthemultiuniverse.fandom.com/wiki/Godom_Empire?oldid=653397"
Community content is available under CC-BY-SA unless otherwise noted.