Legends of the Multi Universe Wiki
Register
Don't have an account?
Sign In
Advertisement
in: Minion, Giygasians, Characters,
and 27 more

Gallus Bauduin is one of the villains in Mobile Suit Gundam: Iron-Blooded Orphans. He is the head of Bauduin Family and the father of Gaelio Bauduin and Almira Bauduin.

Nemo Baklazan first appeared as one of Gunther Prozen's minions. He and the Seven Stars are trying to stop the Time Jackers from murdering Gunther Prozen and his men; but end up being frozen and attacked by them. After the arrival, he and the Seven Stars made the deal with the Time Jackers. So that, he and the rest of the villains would work together to kill Sento Kiryu, Milinda Brantini and the rest of the heroes, However, Nemo Baklazan learns that Leo Conrad and Sally Land had escaped the KOG HQ. He and the Seven Stars are trying their bests to capture them; but, it's already too late.

When Transylvanian Business has joined forces with Tekkadan, he and the villains had instructed Mikie Okamine in order to capture Norimichi Shimada, Futaba Ichinose and Chitose Karasuma with help of Gunther Prozen and his minions. However, their attempts failed again a second time. 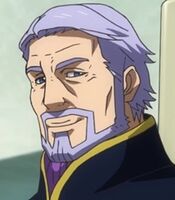 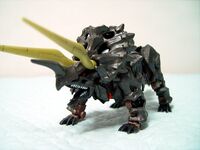