Dark Magician Girl made her short appearance during Ending it All. Yugi Muto and Joey Wheeler were dealing with hordes of Death Soldiers at the dangerous Mute City King League circuit while saving Jody Summer. Yugi used the Top Hat Card to make her attacks more powerful, but due to the enemies' agility, Joey summoned his Baby Dragon in conjunction with the Time Wizard for assistance. Along with other Duel Monster cameos, they were successful on fending them off; however, it was all a setup as Jody shocked the Duelists with her ray gun and tied them at the epicenter of a fatal minefield! Thankfully, Leon was there to save them after Tinsel Steelus beat the assassin half to death. 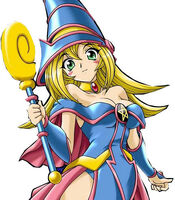 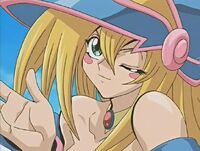 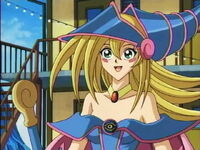 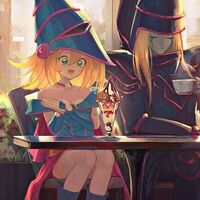 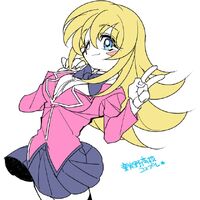 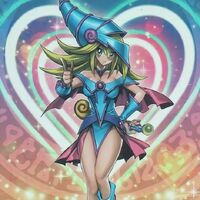 Add a photo to this gallery
Retrieved from "https://legendsofthemultiuniverse.fandom.com/wiki/Dark_Magician_Girl?oldid=700336"
Community content is available under CC-BY-SA unless otherwise noted.