Legends of the Multi Universe Wiki
Register
Don't have an account?
Sign In
Advertisement
in: Heroes, Humans, Characters,
and 59 more

Chris Yukine (雪音 クリス Yukine Kurisu?) is one of the main characters of Senki Zesshō Symphogear.

She is initially an antagonist working under the main villain, Finé, wielding the Nehushtan Armor stolen from the Zwei Wing concert two years prior to the story. During season 1, Chris switches sides and joins the protagonists to work against Finé, symbolized by her change of relic from the Nehushtan Armor to the Ichaival Symphogear. By season 2, Chris has become a full-fledged protagonist wielding Ichaival and is working to move on from her past.

Chris is a short girl with purple eyes and long lavender hair that falls to her knees, separated into twintails that further split into three curly strands each, and an ahoge. She wears a maroon, skin-tight one-piece with a black choker, short puffy sleeves and shorts, a translucent red-violet cutout exposing some of her chest and upper back, detached long sleeves with black accents that go past her wrist, black lace trim on the end of the shorts, black stockings with maroon ribbon garters attached to the dress, and maroon pumps. She wears her relic pendant around her neck. In the manga, this outfit lacks the translucent material in her chest and back cutouts, leaving those areas bare; her relic pendant is attached to her choker (the choker itself disconnected from her one-piece), and Chris' hair is tied with pink scrunchies. The manga also shows that the one-piece is done up at the back with a zipper.

When she was eight years old, Chris wore a pink dress with a light-pink front tied with cross-laces, short puffy sleeves, long light-pink or white sleeves, white lace-trimmed knee-high socks, and red-brown shoes. Her hair is still in twintails that separate slightly, but shorter and at the front of her head instead of her back, draped over her shoulders, and tied with pink bows. In the manga, this outfit is significantly different: Chris' dress buttons up at the front and has a more flared skirt with white frills, and she wears a long-sleeved white shirt with arm cuffs and a buttoned-up collar. Instead of knee-high socks, she has socks rolled up just above her foot, and she has buckle shoes instead of slip-ons.

Briefly in episode 5, Chris is seen dressed in a leather bondage outfit consisting of a black choker with a silver ring, tied at the back with a long ribbon, a black zip-up bustier that exposes her breasts and upper back, with straps attached to the ring and belts running down her exposed stomach and back attaching to straps on her thighs, black elbow gloves, and either black or pale-purple underwear (the color changes in different shots, which was not corrected in the Blu-ray releases). The concept art shows her wearing heels with this outfit, but she is barefoot in the anime.

Though not seen in the anime or manga, Chris wears a long and loose pink dress with frills that exposes her upper shoulders and back as pajamas.

In season 2, Chris' hair color is changed to white, and she wears pink scrunchies in her hair. Her casual outfit is a low-collar, long-sleeved, and multi-layered red and maroon dress with lace trim and puffy white shorts underneath, white thigh-highs done with red bows and garters, and maroon pumps.

In season 3, Chris' casual outfit consists of a sleeveless pink button-up shirt with frills, maroon shorts, black thigh-highs with garters with rose buttons on them, and maroon pumps. She wears a light-blue, low-collar shirt and shorts with pink trim and a red bow as pajamas; while wearing these, she has her twintails tied together with red ribbons.

As of season 2, Chris has joined Lydian Music Academy and is subsequently seen wearing the school uniform. Her uniform is reasonably loose-fitting due to her large bust and smaller stature, and the cuffs of her sleeves are occasionally seen to go past her sleeves.

As a result of her harsh life, Chris is hot-headed, antagonistic, and aggressive, quick to distrust others, especially adults, who have only ever treated her like objects. Though she has declared her personal goal to be to destroy everyone else with power, and willingly cooperates with Finé in order to achieve that goal, under the false impression that Finé is working for the same goal of bring peace to the world as her, Chris actually hates the thought of hurting innocent people.

Though Chris is aware that Finé is only using her and openly shows resentment towards Finé for using and mistreating her like all other adults, being regularly subjected to torture and sexual abuse at Finé's hands for Finé's amusement, she still holds some affection for Finé, seeking Finé's approval and believing that Finé is the only person who understands her. However, this is largely born of Finé's isolation and grooming of Chris.

Chris claims to hate singing because of the destruction she can cause with her relic, which is why she never uses the Ichaival. The manga and season 2 further expand on this, with Chris hating singing because her song was used to activate Solomon's Cane, which Finé made frequent use of to cause death and chaos. As a result of being reached out to by Hibiki Tachibana and Miku Kohinata, and abandoned by Finé, Chris relearns how to be kind and caring, culminating in her sacrificing herself and using her once-hated singing to protect the world, following in the footsteps of her parents and the dreams they wished to fulfill when they were still alive.

After the events of season 1, though Chris is still hot-headed and rough-natured, she has become much gentler in nature, open and honest to herself and others. She gets embarrassed easily and is somewhat socially maladjusted and awkward as a result of her near-constant isolation and friendlessness since she was eight years old.

Chris Yukine made a debut as one of Yuinshiel Asteria's followers. Hibiki takes a responsibility to look after Symphogear Heroines and their friends to do a regular training. So that, she and the heroes must be prepared to fight against Gunther Prozen and his wicked men. 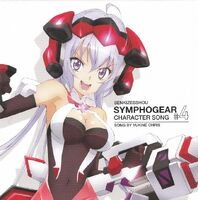 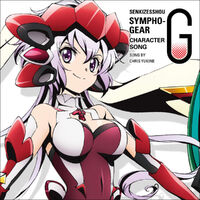 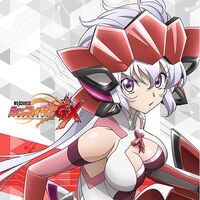 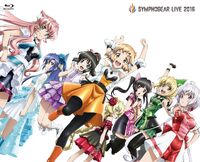 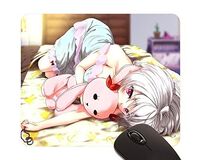