Asami Sato is an eighteen-year-old girl who is the daughter of former Equalist Scientist Hiroshi Sato, Mako's ex-girlfriend, and the girlfriend of Avatar Korra.

After the defeat of Amon and the Equalists and when her father tries to destroy her and his former operation. Asami learns about The B Team through newspaper and leaves to seek their help with much things. After her father and the Equalist's defeat, she took over the company. But problems began resurfacing as her father's association with the Equalists made people untrustworthy of her. After Totally Mobian Spies ended and when she became friends with Bender  and his partners. Asami linked Sato Industries to The B Team to get the industry back on board.

The B Team Storyline

She runs into the team thanks to King Julien's stupidity and Roadhouse obsession. She has no problem collaborating with Bender and co especially after learning they are The B Team the team that she heard so much about. Asami uses her intelligence to increase the moving space in the B Team mobile and it is quite possible that was disturbing and annoyed by Stan's methods of interrogation. Asami then meets more of her new boss's friends and decides to work with them. Like any girl she is disgusted by Bender, Skipper, Julian and Finn's vomiting contest while they wait for something to be done, She is can tell a lot about someone just by looking in someone's eyes. Although girlish she is amazingly capable of action and brilliance as she didn't hesitate for a minute to fight her own father when he revealed himself as a equalist by electrocuting him with his own gauntlet. w While The B Team arrives for Cybertron to do something for Frost, Asami assumes very quickly and learns that Bender and his 5 main pals have others and she plays on their warnings but she decides to help them keep it secretly as long as they don't tell the others about some of her craziness.

She seems to tell that her father is around and will probably encounter him when she accompanies Bender, Skipper, Heloise and Master Chief by driving them which makes a lot sense considering she drives the vehicles and tests them when her father made them when he was still head of Sato.Inc Her Father then show up afterwards to her anger considering that their last encounter he tried to kill her. She is condemned by him for being friends with Bender and he decides to teach her a lesson. However Asami faces him in a mecha and she stalks him enough for the others to do something. When the group joins forces with former member of IQ's syndicate Solidus she takes up the racing part of it as she does drive a lot even if it's crazy. Next she helps Bender and co figure the base of their foes they placed in New York to attack it. She encounters her father again and fights him in a mecha feeling that Bender should get Joker Junior as she has issues to settle with him for betraying her by working with the Equalists, Iron Queen and unknowingly to her The Patriots.

Asami then is one of the eight who comes up with multilayered plans by working with Heloise, Bender, Skipper, Master Chief, Cortana, Phineas and Isabella as they plan their take of the 4th one.Then she teams up with Bender, Skipper, King Julian, Django and Sandy Cheeks on their search for it. Asami then helps Julian out of being vacuum packed which is when they met Tak who announces to them their situation. She then helps her friends through the factory and then meets Bender, Skipper, Julian and Django's old friend Jimmy Neutron wondering how they knew him and how he originally met him. She manages to fix Neutron's memories somehow as she hears her friends talk about him. Asami then rides her mecha and helps her friends fight Calamitous' toybots. Asami helps her friends take back the next part of the lab and then Fairy World from Calamitous and his Harvester.

She goes with Bender, Skipper and Julian to see Snake's condition next. Asami then joins her friends Bender, Skipper, Phineas and The V Team in getting information out of Mecha Sally and de-robotizing Sally. When it's revealed why Sally is a robot like her friends she is shocked about what Sally did. When the crew makes plans, she alongside Master Chief know exactly who they want to deal with. After driving Bender, Lizbeth, Skipper, Heloise, Pericles, Phineas and Isabella in She learns from Master Chief that Her father fled so she decides to take out the trash

She joins her team in the Christmas plans and she drives Bender, Skipper, Phineas, Isabella and Stan back to the quarter while she and former 4 call Stan out for getting angry for not saying "Merry Christmas."

Asami returns and helps Bender again against Bender's enemy Discord and her father again as Hiroshi has joined forces with Discord.

She is seen talking with Bender and is the one who arranges a place for the team to meet. Asami while definitely a fighter is also the one who drives the team since why she is crazy in driving the car she at least can do it. Marceline accuses her of liking Bender when she gives him shotgun and Sato of course says it because he's in charge. She helps her female friends with her wit and pragitsicm. Asami get shocked at Stan for murdering her father even though he betrayed her, he is still her dad. Asami then helps her friends decode the clues for ring 4 and reluctantly participates in Mildew's torture. She also overhears the story of Alie with the other girls and then helps them get back to the other guys.

Asami arrives in the finale and becomes acting Chairwoman after (what was thought to be) Malcom Hargrove was arrested. 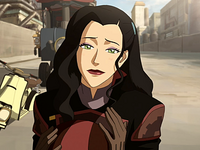 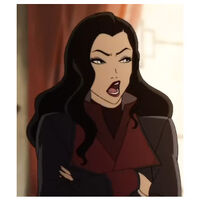 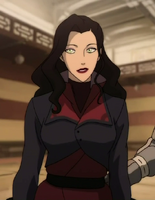 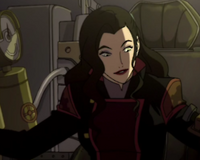 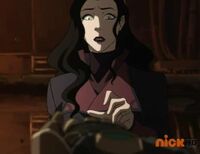 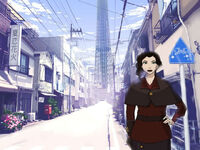 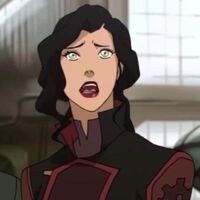 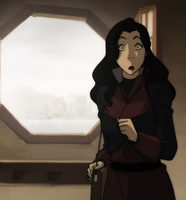 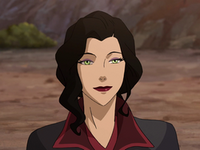 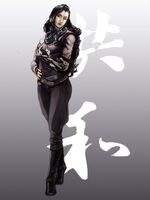 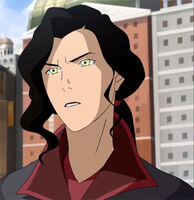 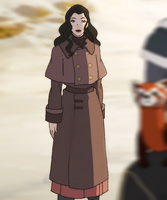 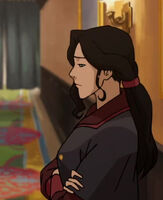 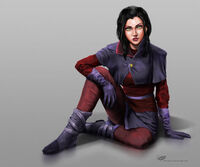 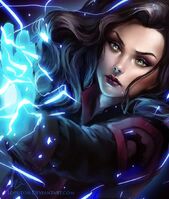 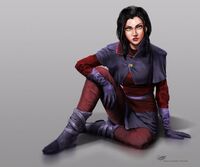 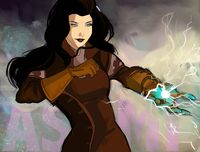 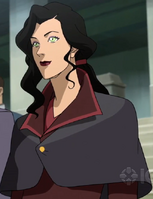 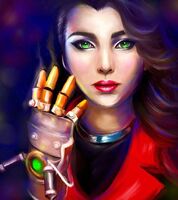 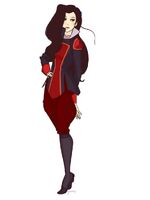 Add a photo to this gallery
Retrieved from "https://legendsofthemultiuniverse.fandom.com/wiki/Asami_Sato?oldid=804666"
Community content is available under CC-BY-SA unless otherwise noted.