Legends of the Multi Universe Wiki
Register
Don't have an account?
Sign In
Advertisement
in: Characters, Heroes, Characters hailing from the Star Wars universe,
and 94 more

Anakin Skywalker is the father of Luke and Leia Skywalker, the mentor for Ahsoka Tano, and the soon to be Darth Vader. He is played by Hayden Christensen.

With Obi-Wan and Ahsoka involved in the Multi-Universal war, it was inevitable that Anakin would get involved, and by Anakin we mean really him as opposed to Darth Vader.

The B Team/P Team Storyline

Anakin is set to debut here where he joins forces with V, his crusaders and the other heroes against Discord and Sigma.

Anakin is introduced like the others to Lizbeth, Soul, Coulson, Maka and Fury by V. Anakin then goes with Lizbeth and the others to attend Sigma's plans in order to learn more of what he's up to. Anakin then meets Hunson Abadeer and Discord and just like the rest of the team He teams up with Count Dooku and the Nightosphere Empire against Sigma and Discord. He trains with his friends and begins to suspect something in Dubar in regards to Yumi that make put him in conflict with Ulrich. Anakin then is present with the others when Patroklos awakes from his carbonite imprisoning. Anakin then uses the force to detect that the ring is in Retrovile and he joins his friends in tacking it back.

Now he stands by ready to fight the flood with the others and sends them blasting off. He goes with the crew to flush off Ridley with his allies.

The Rise of Mechuckles: Beware of the Sith Stalker

Anakin is set to return to help V again and help Knuckles and the others against Mechuckles and other villains. Skywalker and his team are the first group to meet the Helper Squad for it. After several rounds and all that, in the not so bomb factory where Anakin is the first to suspect something unusual. He, Padme and Starkiller are going to fight Darth Malgus. Anakin welcomes the monsters to The V Crusaders and apologizes to B.O.B as Homer tried to eat him thinking he was gelatin. Which to Homer's credit he is. He gets a call from Sebulba angrily and in it's own language challenges him to a race.

The Wrath of God of War

Anakin Skywalker made his first appearance during the Ultimate Story 4 spin-off: Powerful Harmony. He started out fighting alongside his former Master, Obi-wan Kenobi, and his Padawan, Ahsoka Tano, against the Heartless in vain. However, Fox and his friends arrived to fight off the threat. Shortly afterwards, the Benders arrived in their world and they joined forces with them to eradicate the threat. Ever since then, he joined the Benders in their fight against the Heartless and has stayed with them ever since.

During his time with the Benders, he developed a very strong bond with Katara for a number of reasons. He developed a unique relationship with Toph in which she's more like a kid sister who always loves to mess with him. He seems to get along well with Zuko and Aang, however, he has a very tough time understanding Sokka, very often getting very easily annoyed with him and hardly ever finds any of his jokes funny. He even developed a bizarre sixth sense to which he is able to tell whenever Sokka tells a bad joke even when he's not around, one to which even Obi-wan hasn't been able to do.

Also, he encountered a mysterious girl in a pink robe multiple times. She left vague descriptions about what's been happening then tells him that "everything's going to be OK". He saw her many times throughout most of his life, even when he was still a kid being raised on Tattooine as the son of a slave. She remained ageless, very often meets with him in private, knows more than she lets on but couldn't tell him what it is that she knows, sees him for a few moments before disappearing and never revealed her face to him even once. The girl soon reveals herself to others that he is associated with, be it friends or allies and warns them about some things to come and that terrible things will happen if they don't heed her warnings, but had always remained vague and secluded for some reason.

When the girl revealed her identity, she informed Anakin that she had been watching over him for many years because she wanted to prevent him from taking the same path as the other one that came before him. She traveled back in time to their world before it was nearly destroyed by the Rifter and had been doing all she could to make sure that Anakin stays by his friends to the very end.

During the post US4 story, Anakin had the chance to visit other worlds. He was able to continue seeing Katara and spending time with her. When he visited Naruto's world, their friends of the Woofoo Alliance offered them to join the alliance, they accepted without hesitation. Although, Anakin thought that the name was ridiculous. He thought that Sokka came up with it then was surprised to hear that it was Katara who came up with the name. When they were informed that the name of the craft that they named the alliance after, he found that to be understandable.

Anakin met Anko and they developed a bond based off of their dark origins. He was about to take her as his shinobi partner in the alliance but then he caught Jiraiya eyeballing his woman, so he handed Anko over to Padme while making Jiraiya his shinobi partner to keep an eye on him. 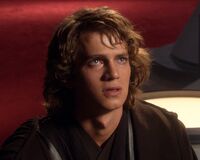 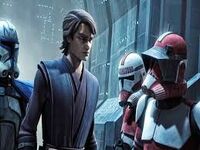 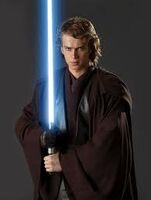 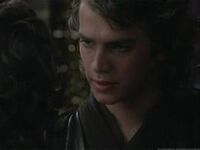 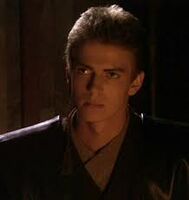 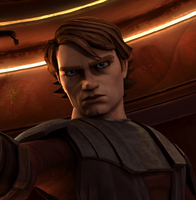