Legends of the Multi Universe Wiki
Register
Don't have an account?
Sign In
Advertisement
in: Characters, Vampires, Heroes,
and 168 more

"I will not lose...not until I keep the promise I made Mother." - Alucard

Alucard (Adrian Tepes) is a character from Castlevania series and the son of Dracula. He has no wishes to be like his father, and unlike Dracula, he doesn't hate humans. Instead, he works with them to save his universe from his father and his minions. In fact, it was one of his mother's final words to not hate humans. In his earlier days he was raised by Dracula, his human mother Lisa, and possibly Death.

Alucard is one of Castlevania's most popular characters and was the protagonist of Castlevania: Symphony of the Night. His first appearance was in Castlevania III: Dracula's Curse.

Alucard formed the V Crusaders with V, Zero and Ciel and the four have served in the group recruiting others to this day. While the Belmonts have a whip as their signature weapon, he prefers to use a sword. He also has a great amount of abilities including turning into a bat to fly, turning into a wolf or mist and superhuman strength. He also is very proficient at magic spells and teleporting.

Alucard debuted in this story as an ally to the heroes. Alucard is working with V as one of his right hand men against Discord and the Dystopia League. He is also going against Sigma and his organization.

Alucard somehow enters the S.H.I.E.L.D base and find Lizbeth, Maka and Soul as he seems to know who they are. He alongside V offer to work together against Sigma and his forces and they accept. He learns about Shaft's return and isn't surprised when he learns that Richter is once again brainwashed by Shaft. He then helps V expose Sigma and improvises when he finds Sektor's saber. He attends the ball and gets a ear on all of Sigma's allies there

Alucard then helps his friends in reaching the Nightosphere Empire, Alucard then with Lizbeth and the others team up with Hunson Abadeer's empire to bring Discord down. With Dracula on the same side, how will he take to Dracula and him having to work together for the first time. Alucard is puzzled to this as his father was so obsessed with killing humanity after Alucard's mother died and that he always had problems with it. Alucard like V knows where Vanelope went to. Alucard then is present to see Patroklos wake up and he goes with V, Marie and Maka to get to his bed. Alucard after hearing Sigma's scheme, comes up with his own plan to combat him and he lets everyone else in on it. He puts his plan to work by helping Zero, Lizbeth, V and Callohun get back Retroland and by having his other friends and enemies take the other places. He then storms Sigma's office with his friends as a result of this.

Before Gravemind attacked him and his friends, Alucard noticed Belmont and when after him to beat the curse out of him. He saves him successfully and they go with Lizbeth to find Hunson. Alucard then listens into Lizbeth and Boomer's talk with the others. He then reports the bad news with the rings and like V comes up with a plan to deal with this. He infiltrates the hideout and helps in the conflict by defeating Karl. Ridley and Laufey's men

The Rise of Mechuckles: Beware of the Sith Stalker

By Popular demand, Alucard returns with his allies to help Scorpion and his squad, the Helper Squad and others against their enemies. He with his 4 best friends looks over the situation with The Helper Squad after learning what happened. He and the group are the first group to meet the Helper Squad. He meets the Bodyguard Unit led by Brock Samson alongside his comrades. In the not so bomb factory they meet another fresh ally in Asura.

After Asura's battle with Ares he converses with Wolverine about the strength of the Closseus. He is to face Luke of the Robotic Empire. Alucard is next seen with Anakin and new recruit the Monsters as he overhears Sebulba challenge Anakin to a pod race. Many of the helper squad comes back to help and like Linkara he shows annoyance at this. Lizbeth, V, Alucard, Zero, Ciel, Linkara, and Knuckles(who wanted to join them) fight and defeat Elder God.

Alucard joins Lizbeth in her investigation on the league of darkness. The team finds a Model W fragment, and like the heroes he connects the link to Dr. Weil. Alucard sees Dr. Weil and decides to investigate on him where he learns his plans with Discord. He tells Linkara, Pollo, Harvey and Linksano about Dr. Weil when they question it, before they all begin chasing two characters belonging to The League of Darkness. Alucard opps for investigating with Harvey Finevoice, Linkara, V and Zero so they can figure who this league's leader and allies are. It's Malefor which he tells Lizbeth and then the others.

Alucard sees Katara turn to the dark side and he decides to fight her like Lizbeth to bring her back with Hunson who appeared on them. Alucard and the gang spy on Katara and discuss their move when she finds them and fights them. Alucard, Lizbeth and Zero fight her down and leave her unconsciousness. Alucard overhears about Operation Destroyer and that he assured confidence that Bender knows about it and has already schemed an idea. He suggests that he will show them what to do. After dealing with The Entity, Alucard decides to go against Nightmare Rarity to bring Rarity back to her senses. After a path he encounters her and Stane and breaks the spell off Rarity. Alucard sees an unidentified assailant kill Sigma and wonders who could have done it. Alucard and V then decide to watch the fight with Malefor unravel as their actions got the team together. Alucard and his friends find The Alpha Team and help them fight Relius Clover. After that, he asks Hunson if he intends to change.

The Wrath of The God of War

After they helped Maka and Knuckles and Crona. Alucard works with Lizbeth, Boomer and Hunson in resurrecting Dib though they find their memories of them are non-existent and they work on recovering their memories as Boomer and Lizbeth talk about their situation when Their friend Garak shows up and tells them what happened with the Paradise Lost Kingdom. They Investigate the Paradise Lost Kingdom with help from Ryan Hardy a friend of Lizbeth and the V Crusaders. Alucard helps Lizbeth and Boomer investigate and that learn it was Crowley and then meet Pan who Maka takes revenge on for the hell she was put through because of his selfish actions.. Homer reveals that Springfield is under attack which gets him up in arms until the whole group meets Jack Bauer who phones to assure Homer's family is fine and that they should find him. V and The V Crusaders arrive at the household and begin helping Jack Bauer and Castiel before running into Bender and Slade who they were helping those years ago in Legends of Light and Darkness.

The V Crusaders and Hunter Force join together for their trial which is the same as Slade but challenges feelings and honesty. Where they learn Hit Girl likes Kick Ass where she is forced to admit and Zero has to admit that he fights for everyone humans, Ciel, X and even Iris despite his memories not being that clear. Alucard and the V Crusaders work with Lizbeth, Boomer, Knuckles, Maka, Crona, Soul, Hunson and Mr.Gold to stop Pan and any lost boys he had before setting off with Lizbeth and Boomer have the Multi-Universe is saved by the B Team, Team Free Will, Black Star, Death the Kid, Slade, Anti Cosmo, Discord, Mr. Gold and Jesse.

Alucard renuites with Lizbeth, The Brain and Pinky with V, Ciel, Zero and Linkara to help Lizbeth with her mission from her boss from the future, though unlike the others apart from Pinky he is suspicious about what transpired in regards to her. 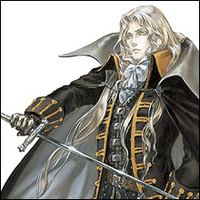 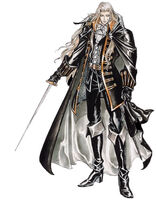 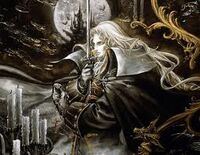 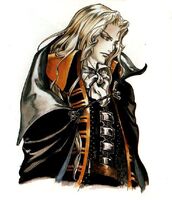 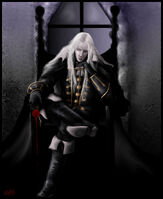 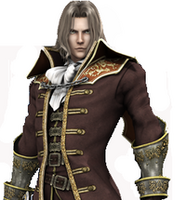 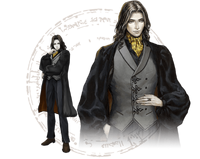 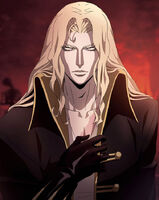 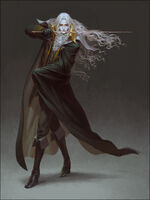 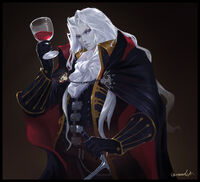