What's on your mind?

I'm not sure if I'm suppose to pitch my story before my I'm allowed to make it, so I'm writing a pitch here

Premise: When Scientist awaken a prehistoric super-being and cybernetically enhance it, the newly created Cyber-saurus quickly becomes a multiversal threat seeking to mutate all of the multiverse into cybernetic prehistoric abominations with the aid of his team The Ancient Predators who are promised new rule in the land. A team of various heroes will group together in order to end this mighty threat called Team Mesozoic.

Format: The story will be told in a traditional text format, similar to that of LOTM: Ultimate Story.

Note: There will be no deaths of any characters in this series due to them appearing in currently ongoing or use in future stories, as well so they can return in the sequel stories.

What is wiki and how i can join it

I'm wanting to do a small LOTM Story line, but I'm not sure if I'm supposed to ask permission from the mods, or pitch it to them? I've been wanting to write a story for here for quite awhile and I believe that I know the complete and perfect idea for my first story here, but how do I get permission to make it? (It would be a basic text story like Ultimate Story.)

I wanna make a non-canon series (somewhat like Death Battle which inspired this idea) where I take any two to four characters and have a duel. I wanna make sure first that I'm allowed to do such a thing.

Since I like the fnaf series, I would like to add the more recent characters from sister location to possible the new one when it comes out. But I'm not sure if the Fnaf Characters page or category is owned by someone, and I wanna make sure I get permission if so before I begin adding characters to it

I've noticed that a new name for a story called "For Honor", and I simply wanna know is that how many new story lines are coming after it or if its simply the next story. I wanna read up on the storylines for this project, so I can understand it better and do more it then simply writing in random characters.

Hello, NinjaGo Fandom! I'm starting this discussion, because I want to know more about Harumi and Lloyd. I have some questions, which I don't know where to ask, so I will ask you here.

• Do you ship Harumi and Lloyd?

• Who has more followers - Llorumi or Llokita? • I read a message from the Hageman brothers on Twitter, which said: They are toying with the idea of returning Harumi back to the show, but I also read that they are leaving the NinjaGo team - What is your opinion?

• I'm not sure about Tomy Anderssen, but somewhere he wrote that maybe there will be doing more things about Harumi in the future seasons - Opinions?

• I want to also ask, who are all of the screenwriters of NinjaGo and do you know if they have social media?

• Do you think Harumi will return in the future seasons? - I think yes, because in the last three seasons of NinjaGo, every season has a flashback of her and in season 12, it becomes clear that Lloyd is not over Harumi.

• In some videos on YouTube it's mentioned that the main character in season 14 will be Lloyd and maybe this means something about Harumi?

• Does Harumi have a lot of supporters which want her to return?

• And my final question is: In Fandom there is a page about season 14, and on that page it is written that accourding to Tomy Anderssen - The upcoming season will feature a lot of back-story, re-introductions, classic stuff, characters and flashbacks, and one Ninja will change dramatically in stories to come. - I feel that the main character is going to be Lloyd, which means we might see Harumi again. 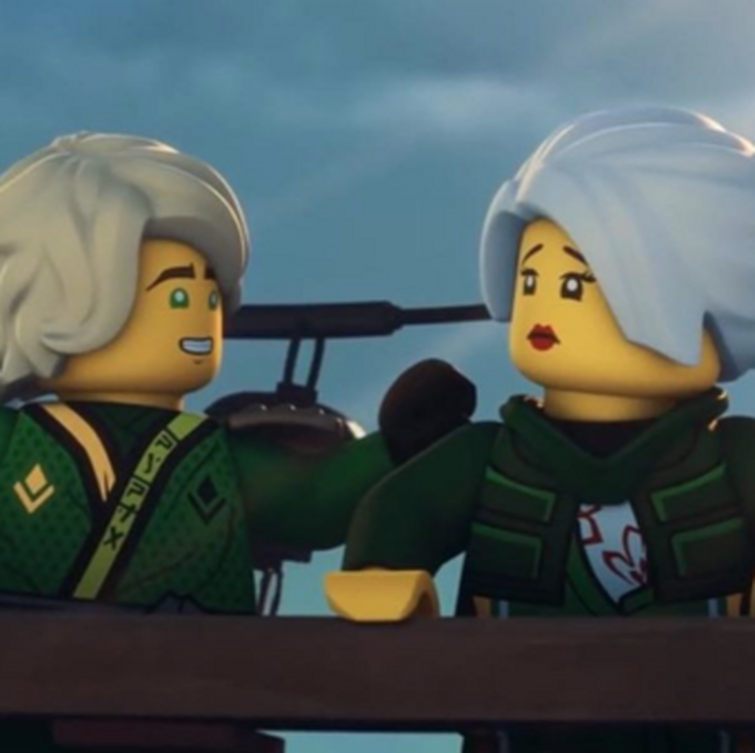 These were my questions. Thank your for your reply, in advance. Please don't hate me for this discussion about Harumi, and please don't close it. Thank you.

I'm new here! So, um, I'm not really sure how this goes. I mean, I have different characters from different universes. Should I share them?

After noticing the Quarter Guy's Arcade Retrospective on Pac-Man, something really frustrated me. Has anyone recalled a video game but can't quite fit the pieces together and identify it? Well...this has bothered me for years, if not decades! There are several I'll try to describe, those that were still unlucky to be figured out. I desperately hope ANYONE can verify these hidden gems from my mind:

1. There was this side-scrolling game in which you take control of a white shooting spaceship. I don't know the name nor console, but it seemed black and white, or perhaps the tv was. The only memory I had was the ship can move left or right when you want it to and keep going until you change direction, aside from ascending/descending diagonally. The level was in a city with the tall, white buildings on the water, like in NY, and the vessel can either be flown in the air or submerge in water w/o taking damage. Plus, there was an ominous 8-bit tune to it...

2. Another black and white game, probably from the same system as the first; only this one was a part of a bunch of minigames. One of them was a game in which you take control of two frogs on lily pads at a pond and get points for every fly they catch; there may have been a time limit, though. With every game selected, the screen goes black showing the word of the game itself. I can't recall the frog minigame nor the actual game it belonged to.

3. I may have mentioned this before, so here I might go again: there was this 2d platformer in which you play as a pink bird of sorts that jumps and shoots darts. While the time limit may not be displayed, I remembered it pressuring me when the words "Hurry up!" appeared at the bottom of the screen, then seeing a spider, and the music changed. One boss I can recollect from it is a small sperm whale which swallowed the bird, enabling to shoot the inside while avoiding drips of water, then eventually falling apart. And when the level's complete, the end changes to a cuckoo clock, I think. Probably an NES or Genesis game...

4. There was this NES game in which you use the pistol to shoot the screen with, while also being a platformer. I can only recollect the background when you jump on branches of an enormous tree with a dark indigo sky. And suddenly, at one point, the screen kept flashing white, and the enemies fell from the sky. I don't think it was GOTCHA! though.

5. There was this arcade cabinet that has this unusual platformer of sorts. I can only recall the sky being blue, probably a forest/cave background?, with some long platforms the player can jump on. I can also only remember that the player on the ground can get caught by one of those cartoony, white, round dust clouds in which a brawl of sorts take place.

6. Speaking of which, there was another arcade cabinet game, but it was like a 1d racer. First, there was a small green screen to the top right setting up brown blocks/obstacles for a course, though they looked like pieces of brown manure to me. Then, it was just a brown racetrack that goes around, and the track itself was structured on a 1d background.

7. There was the PC game in which you use your cursor to select items. Like a trial-and-error thing. One of the levels was inside a castle of sorts. And the room had a series of levers. If the right one's chosen, the elliptical door opens to the right. But if it's wrong, a scary red demon appears and claims the player's life. I mentioned this in one of the Missing Episodes of Sleepy Hollow, as well. It ain't Shadowgate; that's different.

8. Another PC game in a sense. It started with a very creepy theme song, like a 8-bit. It might've been Overlord, but I think it's wrong. It IS, however, a space game where you're in the cockpit, and the screen had a large, flaming line that descended across from you. Then, there was another ominous tune where you lost, and there was this large being that almost had a face of a lion, with bright yellow flaming hair, and eerie eyes looking over the world. Man, did it scare me at times, probably a 90s game.

Darkness rising and work on Dark Skies has been put on hiatus till December due to my writing laptop dying permanently. I plan on replacing it on Christmas. Until then, the most I'll be doing is posting character and story description pages.

I've Added only 14 members of Gjallarhorn. They serve as the main villains in the story. 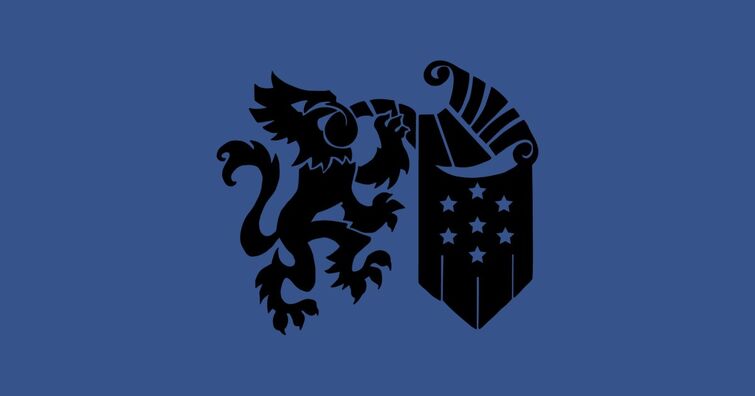 I got bored and I decided o make this as a little meet up to discuss stories and other stuff. Enjoy!

Help us grow Legends of the Multi Universe Wiki